Perhaps it was only a matter of time before Issam Asinga secured that big breakthrough.

On Saturday, it came.

The high school junior from Saint Louis Principia (MO), who won two Missouri Class 1 state championships in May -- scored a major personal best mark at altitude in the 200m, posting just the second sub-21 second performance in Missouri history at the Great Southwest Classic in 20.76 (+0.6).

It's now the fastest 200m time in Missouri history -- the altitude-adjusted converted time for Assinga is 20.8 seconds -- surpassing Raytown's Maurice Mitchell ('08), who authored a time of 20.96 seconds in 2007.

Prior to Saturday, Assinga had recorded six sub-21 second performances on the season, including five under 21.50.

In May, he ran winning times of 10.69 and 21.95 at the Missouri State Track and Field Championships.

Was this all a shock?

Based on the numbers and the wins of Assinga in 2021, it didn't seem all that surprising. The junior had racked up 18 straight wins in the 100m and 200m across the entire spring season, posting personal best times of 10.41w and 21.25 prior to this weekend in Albuquerque. 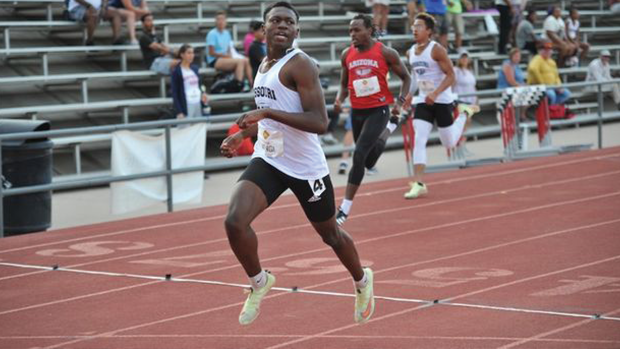