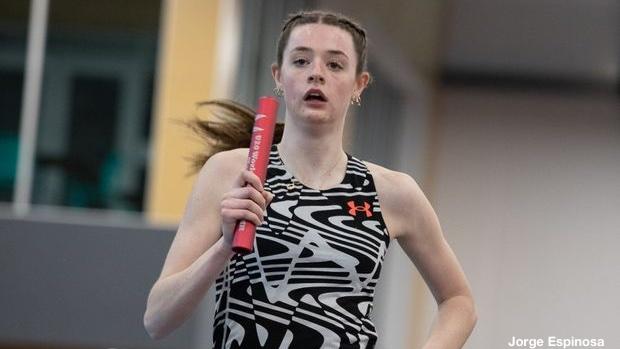 New Balance announced this week that it's hosting a World Record DMR attempt at The TRACK at New Balance, the company's brand new indoor facility in Boston, and a high schooler will be a part of the festivities.

World Athletics does not recognize a World Record in the women's DMR indoors, though LetsRun reported that the current unofficial mark stands at 10:39.91 and it was set two months ago. World Athletic's outdoor DMR record, which is recognized, stands at 10:36.50 and was last set in 2015.

New Balance has not revealed which leg Willis will run just yet.

St. Pierre recently earned silver in the 3K at the World Athletics Indoor Championship and her training partner MacLean finished seventh. Ellis is an indoor collegiate record holder and she took home a gold medal as part of the USA 4x400m relay from the Tokyo 2020 Olympics.

This week, Willis was named as our MileSplit50 Athlete of the Year over the indoor season. In July, she was also named as Gatorade's Track and Field Player of the Year for the 2021 season.

Thus far over her senior year, Willis has had a handful of great performances.

Come April, this won't be Willis' first rodeo of breaking records on relays, either.

In March, Willis ran a time of 4:50.67 on the opening leg of an All-Star 4xmile girls relay team, which clocked the fastest time in high school history and was an American U20 best with a performance of 19:30.12.

It was the second World Record relay team that she has been a part of. As a junior, Willis was a part of another all-star girls team -- Projected United -- which broke the World U20 record in the 4x800m. Willis ran the lead-off leg.