Sometimes, you just have to keep believing.

And that's exactly what the Fort Lauderdale St. Thomas Aquinas girls did on Saturday at the Florida Relays, where, facing a massive deficit halfway through the 4x400, the Raiders clawed their way back in the most dramatic way possible.

Over legs three and four, the girls of Aquinas moved up on Miami Northwestern, which opened with a devastating lead before the gap closed and Cha'iel Johnson, Aquinas' closing anchor, put down a hammer in the final 200 meters, passing her competitor en route to a time of 3:43.32.

That performance put the Florida program at No. 1 on the season nationally, just ahead of Wilson Long Beach (3:44) and Lancaster (3:45.64).

Check out the insane rally in this week's Tasty Race. 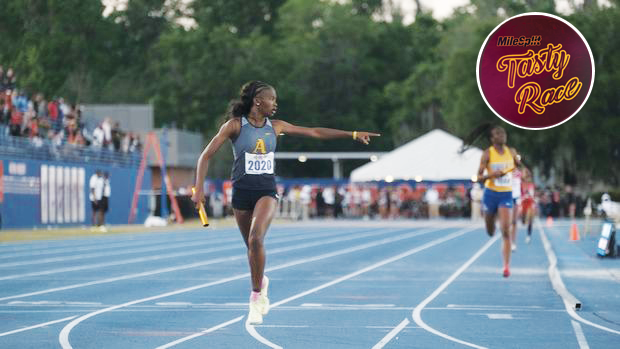