Analysis: The defending Indiana state champion is back. And Steury will be looking to distinguish himself yet again in the state. With cross country being his last high school season on record -- Ethiopian by birth, he was adopted into an American family and is now 19 -- the Angola senior could do some special things on grass in 2021.

A year ago, he was nearly unstoppable, winning nine straight times before claiming a top 20 finish at the RunningLane National Cross Country Championships in November with an overall 5K personal record of 14:47.87. That performance is the sixth-fastest returning time of the 2021 season. Could Steury venture beyond the state of Indiana and compete at some national-caliber events, even Foot Locker or Team National Regionals? That could look like a possible future.

Steury is returning from a successful outdoor season that saw him finish fourth in the 3,200m at the Indiana State Track and Field Championships and seventh in the full mile at Outdoor Nationals. He ran personal best times of 4:09.61 and 8:55.07 at those two distances, respectively. 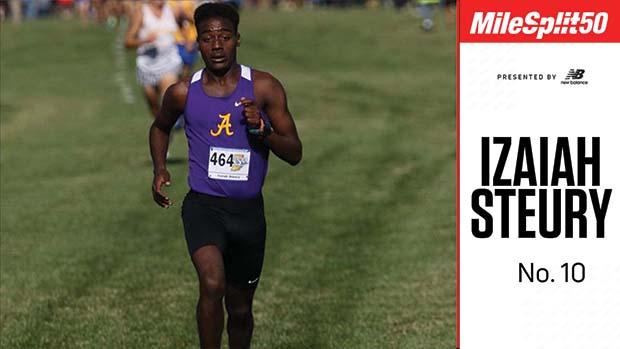