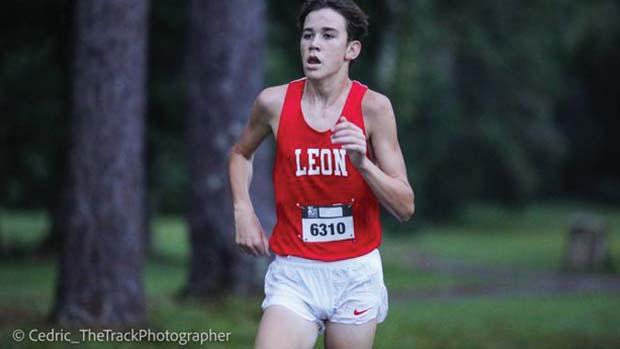 Patrick Koon Is The Real Deal

The word was out on Patrick Koon a year ago.

As a freshman for Tallahassee Leon (FL) High School in 2020, he was among the best in the country for his class, clocking a season best 15:55.50 for 5K -- which finished 17th-best in the Class of 2024 -- as he went on to finish fifth at the FHSAA Class 3A Cross Country State Championships at Apalachee Regional Park.

Some superb track performances followed in outdoor track, including a blistering 9:07.78 for 3,200m, which would finish as the No. 1 time in the freshman class for that campaign.

This past weekend, he didn't skip a beat.

Koon rocketed out of the gate for Leon in his first meet on Saturday in Jacksonville, winning the Cecil Field Summer Classic in a career best time of 15:15.00 -- not to mention a 184 speed rating -- to open with a US No. 6 and Florida No. 1 time.

And he did so against some stellar Florida talent, as St. Johns Country Day School's Matthew Stratton was second in 15:21 and Trinity Prep's Nick Carpenter -- one of Florida's top runners -- was third in 15:26. Viera's Michael Toppi finished fourth in 15:26.00 and Satellite's Justin Wilson was fifth in 15:38.00.

Koon's performance was the fifth-fastest time of the weekend.

Team wide, the Viera boys claimed the win with 80 points, while Satellite was second with 98 and Jacksonville Bolles was third with 103.