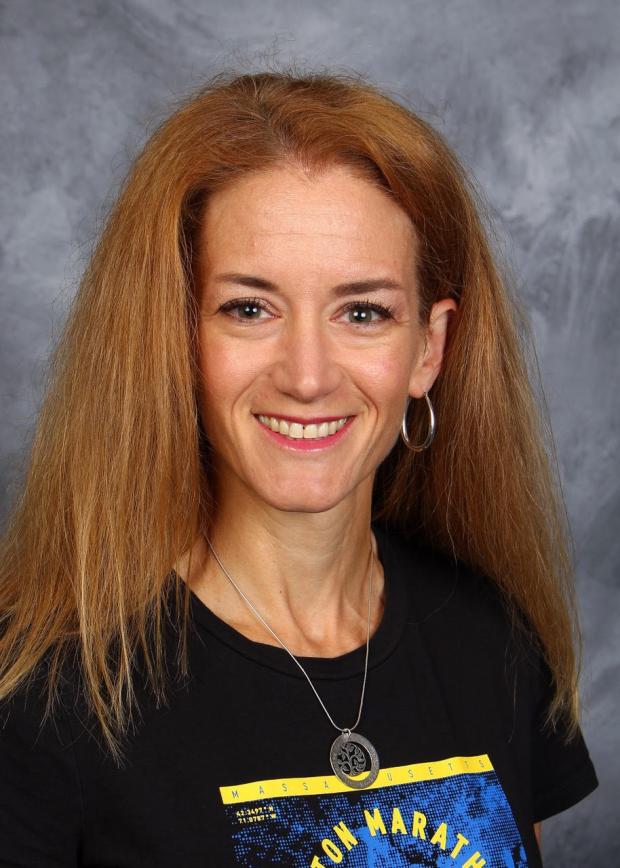 "I know two things right now: I'm really excited for the opportunity and hard things don't scare me."  -- Tammy Draughon on being named the head coach of the Great Oak (CA) girls and boys programs

Replacing a coach as successful as Doug Soles was always going to be a difficult proposition for Great Oak High School.

Since the school's opening in 2004, Soles has been the only head coach the Wolfpack's girls and boys cross country and track and field teams teams have ever known.

Over that stretch, he led the the program to great heights, often sending runners and athletes from his teams to some of the top universities around the United States.

And under his guidance, the program -- seen as a high school powerhouse by many in the track and field world -- has cumulatively won 14 state titles, earned numerous national championship qualifiers and earned a Nike Cross Nationals win in 2015 for the boys.

But all tenures have to end at some point, and when Soles resigned in February, citing various concerns, it opened the door for a new era at the school.

On Monday, the Great Oak athletic department finally revealed its pick to follow-up Soles, choosing to go outside-the-box with a first-time head coach within the school who had an exceptional teaching background.

AP Physics teacher Tammy Draughon, 49, will officially take over for the girls and boys cross country programs this summer during offseason training.

A Duke University graduate and a mother of four children, she has run 21 marathons and has qualified for the Boston Marathon multiple times.

She is expected to help coach the track and field teams in 2022, though she confirmed she will not be the program's head coach. That search is still pending.

"This is a large program," Draughon said by phone on Friday, referring to a Great Oak team that traditionally fields over 100 runners across varsity and jayvee teams. "I know two things right now: I'm really excited for the opportunity and hard things don't scare me.

"But also at the same time, I'm terrified. This is an amazing program. The goal for me is for it to continue to be amazing. I'm walking into it very humbly and I'm assessing and reaching out to the people who are helping now and who were integral parts of what Doug was doing."

Experience can sometimes all be relative, but Draughon certainly has a proven track record in the classroom. A year ago, she was named Teacher of the Year in the Temecula School District.

Over the last several years -- some of the most successful in Great Oak's history -- she's taught various former Wolfpack runners in her classroom and has come away with great impressions.

"My philosophy after working with kids for many years was this," Draughon said. "Good coaching looks the same as good teaching."

When Soles stepped down in February, Draughon applied for the position knowing she wanted to step up to the challenge. Her goals and aspirations for the team post-Soles, as she told GO administrators during the interview process, was to keep the teams on a path looking forward.

She wouldn't try to fix what wasn't broken.

"Part of this is that I think Great Oak needs to continue to run as it has been," she said. "And Doug has been fantastic about the changeover, in that he's already tried to help pass to me his information. On top of that, I've already done quite a bit of research."

While Draughon's coaching staff is not confirmed at this point -- she's reaching out to current members of staff and those who are interested, she said -- that will get shored up in due time, she said.

"Great Oak already has a group of really great coaches," she said. "I'm hoping those great coaches will stay."

As she looks toward the future, Draughon said she's encouraged by what's in front of her and is excited by the possibilities this summer.

"The kids have goals," she said. "My goal is to get them a framework for them to have an opportunity to reach those goals. As long as the kids are on board, I'm assuming they still want to do all the amazing and wonderful things that they've always done."

And as for her first opportunity stepping into a head coaching role, she's also ready for that.

"Running is my happy place," she said. "I'm not going to take on a challenge that would turn my happy place into an awful thing. I love this sport."