Analysis: Highland High School's Leo Daschbach had an absolutely amazing track season, running some of the top times in the nation in everything from the 800m to the 3200m. Daschbach clocked a 1:51.99 800m, a 4:07.54 1600m, a 4:03.98 full mile, and a 8:51.09 3200m last track season. He was third at Brooks PR Invitational with his 4:03.98 mile and sixth at Arcadia Invitational with his 3200m time. The only thing keeping Daschbach out of the top 10 on the preseason rankings are his cross-country performances. He was second at the AIA State Cross Country Championship and 19th at the Nike Cross Regionals - Southwest. The rising senior has not competed in a national meet, but after the spring track season he had we should see him up there with some of the nation's best this fall. 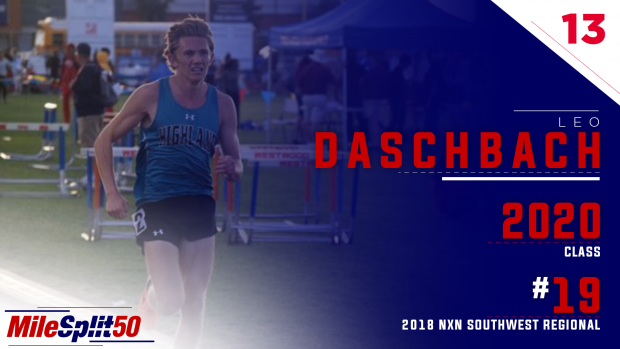