MileSplit.com in full force this weekend streaming from a total of 9 states!

MileSplit.com is excited to announce our live event lineup this weekend, which we will be broadcasting nearly 12,000 high school athletes in total competing at over 9 events in 9 different states! The best of the best in Minnesota race Friday night at the Hamline Elite Meet, which always produces numerous national class times across the board into the evening. No one skips this event in Minnesota if truly considered one of the state's elite. The biggest meets of the weekend will also be shown LIVE from Maryland and New York in the Gator Invitational and Gold Rush both expected to crest well over 2,000 athletes total once again at both events. The Gator Invitational has annually one of the deepest 3200's in the spring for the state of Maryland and without a doubt is the best run meet in the entire state as they are clockwork running off heats and little dead time in between. The Gold Rush names is aptly given since the meet management gives a golden opportunity for coaches to have  virtually unlimited entries in the meet and gives plenty of athletes opportunity to compete on a weekend invite, which they can have their races streamed live this weekend to top it off! National champion hurdler Sincere Rhea will be featured at the Lion Invitational in Middletown, New Jersey on Saturday. He's scheduled to be running both sprint and hurdle races. Rhea will be one of the 1,200 plus athletes expected to compete and over 30 schools at the meet. 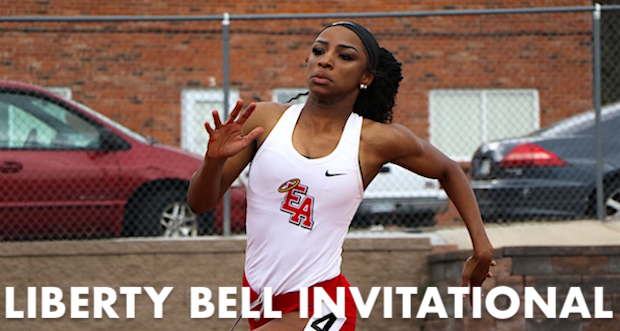 Another big name will be founded racing a few time zones back in Mountain Time at the Liberty Bell Invitational with one of the country's best sprinters in Arria Minor bringing her bests of 11.38 in the 100 meter dash and 22.89 in the 200 meter dash to track in her home state of Colorado. The Real Deal Classic is held at the same venue as the Virginia 5A/6A state championships of Todd Stadium and will feature many of the state's fastest in the hotbed for sprints in the Tidewater area. Foot Locker finalist and 9 flat 3200 meter runner Connor Nisbet of Delaware will be racing in Pennsylvania on Saturday at the Unionville Invitational, which should have north of 1,200 athletes competing. Deep in the heart of the Great Smoky Mountains of North Carolina in Asheville will the Blue Ridge Classic hosting teams from North Carolina, Pennsylvania, Tennessee, and Virginia with great views of the mountains as a backdrop at elevation. Fresh off the huge Eastern Relays last weekend, the city of Louisville is not done hosting major high school track meets with this weekend being the Brother Borgia/Coach Cooper Invite. Watch out for Kentucky's top ranked sprinters in Kaleb McDonald for the girls and Langston Jackson for the boys to steal the show here.

This weekend's live stream schedule on MileSplit.com below.