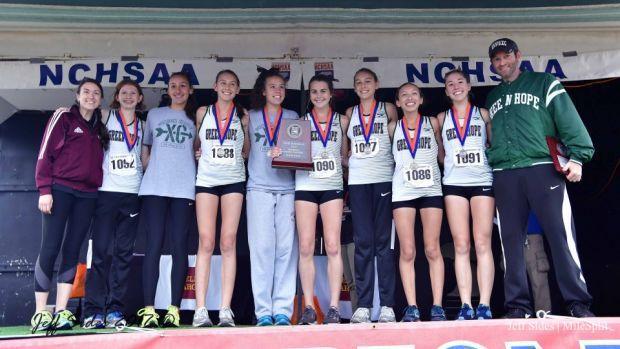 On the fifth installment of the MileSplit Coaches Corner Podcast, Green Hope (NC) we are joined by head boys and girls coach Michael Miragliuolo.

Coach Miragliuolo took over the Green Hope program 18 years ago and has turned it into one of the biggest programs both in terms of success and size not just in North Carolina, but in the entire country. Both the boys and the girls programs have brought home multiple state titles in recent years with the boys having won 4A State titles in 2010 and last year in 2017. In fact, during the 2017-18 school year, the boys won cross country, indoor, and outdoor track state championships. Their 4x800 team, led by 1:49 now-Georgetown freshman Ian Delgado, took second at the New Balance Nationals Outdoor track team.

The girls pulled off an unprecedented six-peat from 2009-2014 and have since finished runner-up in the last three seasons. With top two finishes in each of the last nine years, Green Hope could very well be reaching dynasty level in North Carolina.

Take a listen to see what Coach Miragliuolo had to say about his run of success with the Falcons with insights on everything from building a big team to organizing that team to guiding his athletes through college recruitment and much, much more.

Check back every Tuesday for more interviews with the top high school coaches across the country. Like, rate, and subscribe to us on iTunes!

(We apologize for the technical issues with the sound experienced during recording.)