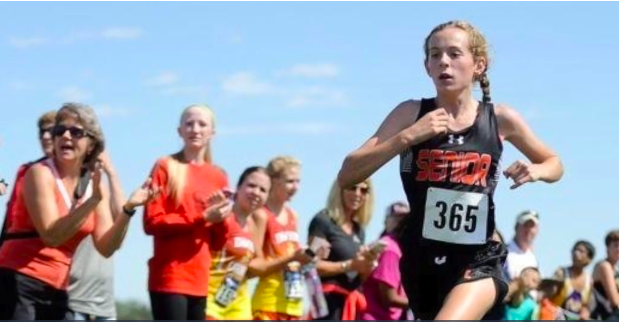 The Treasure State. Big Sky Country. The fourth largest state in terms of land size, yet the sixth smallest state in terms of population. Montana hides away in the Northwest corner of the United States, but tucked inside its massive borders are some national powerhouses just waiting to strut their stuff against the rest of the country.

A Challenger For The Bozeman Girls?

It has been over a decade since the ladies from Bozeman High School have lost a state championship in Class AA.

Eleven years, in fact, but who's counting?

But this year, the Hellgate Knights of Missoula could be ready to dethrone those Hawks and reign supreme in The Last Best Place.

Hellgate coach Anders Brooker spoke to 406MTSports after his team's recent victory over Bozeman. The Knights won the Bozeman Invitational by nine points.

"Our girls have some big goals for this season and getting an early season win like this after being second to them for so long helps build some confidence that the goals these kids have set are realistic and we are heading in the right direction."

Currently, Hellgate sits 31 points ahead of Bozeman in our early season team scores, but there is still much left to be determined this season.

The Knights made a jump last season and finished a mere 18 points behind Bozeman at last season's state meet after finishing third in 2016 and fourth in 2015. They lost two seniors from their scoring five and two more from their top seven, but picked up one of the highest profile transfers of 2018: Ember Stratton. 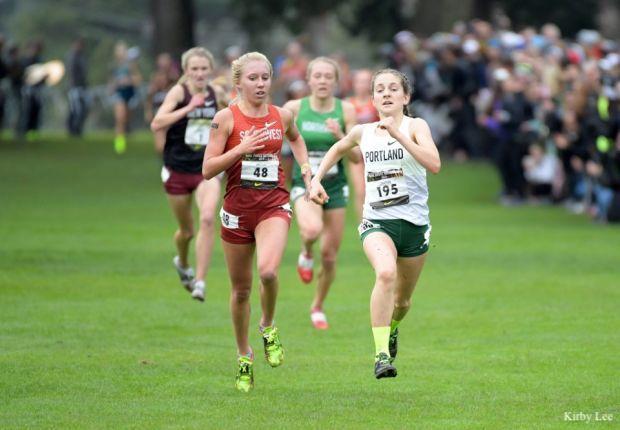 Since the arrival of former Oregonian in Missoula, Stratton has already made her mark in the early goings with a MT No. 2 time of 18:39.80 at the aforementioned Bozeman Invitational. 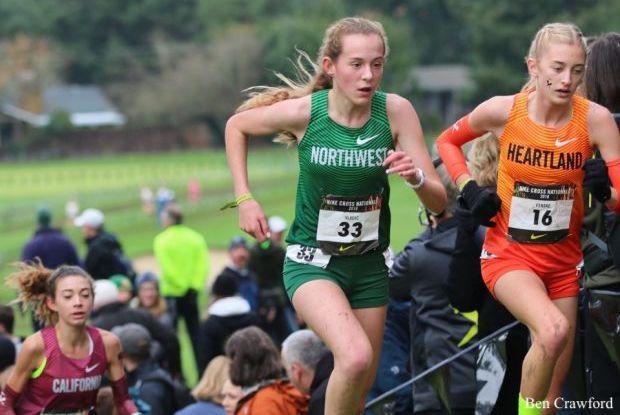 This Vladic vs Stratton matchup should be considered one of the top in-state matchups in the country and will be entertaining to watch unfold throughout the rest of the season. 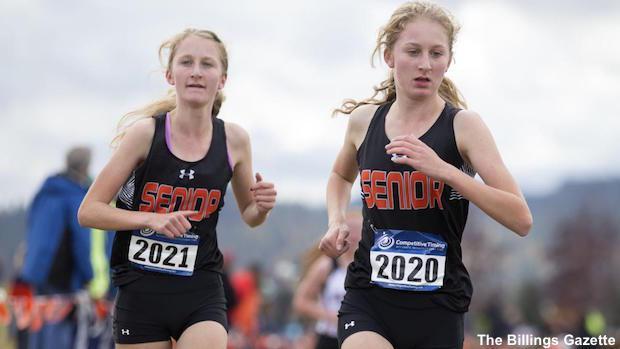 With Vladic leading the charge, Billings Senior will continue to be a sneaky team to take down both Bozeman and Hellgate this November as it progresses through its season.

Though the team may be a somewhat distant third behind the Bozeman ladies, Billings' 1-5 average, with a huge help from Vladic's 17:44 SB, sits a second ahead of Bozeman in the early stages of the season. With a 2-5 spread currently sitting at 1:05 and a No. 6 and No. 7 well behind their fifth girl, the Lady Broncs have some work to do to catch up to the top two squads, but as long as that top 5 stays healthy, keep your eyes on Billings Senior to not only compete in Montana, but potentially compete for qualifiers  at NXR Northwest and beyond.

How About Those Bozeman Boys?

Coming off of a stunning victory at the 2016 NXN Championships, the Bozeman boys missed out on the meet in 2017. That entire 2016 squad has since graduated, but the Bozeman squad that has returned for the 2018 season may be just as good as that NXN title team. 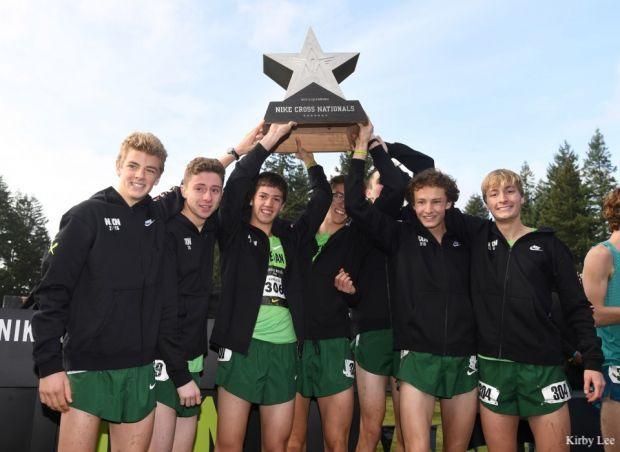 Last year the average took a bit of a hit at 15:59.3 and the spread ballooned to 1:16, but this year, in the early-goings it appears that Bozeman may be back and ready to cause some damage in the postseason again.

Though the squad isn't currently in the MileSplit50 rankings (but do sit on the bubble), their 1-5 average of 16:16.07 and incredible 1-5 spread of 14.96 seconds almost certainly makes them a team to watch moving forward. Led by Brooks Peters, who has already made a 24 second jump this season, it appears the top Hawk could be any of their top seven on any given day. That's right, the program's 1-6 spread is still only 18 seconds and 1-7 is 38 seconds.

How Bob Firman Will Affect The State Ranks 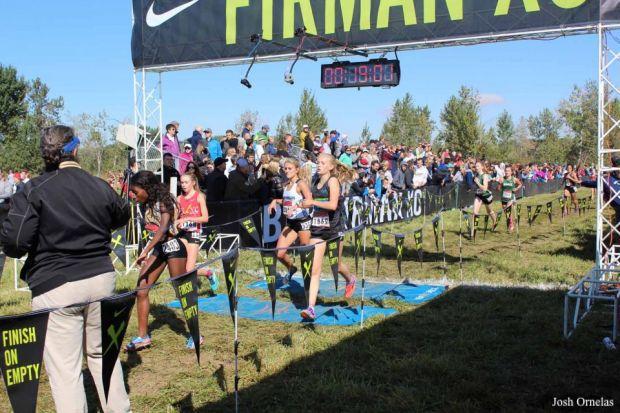 Hellgate's Ella Delgrandpre (far left) crossed the line at the 2017 Bob Firman Invitational in 19:00.90, taking 39th in the Elite Division.

The next big invitational on the Montana calendar actually takes place across the border as Hellgate and Bozeman both make the trip down to the Boise, Idaho metro area for the Bob Firman Invitational on Saturday.

Great Oak (CA; MS50 No. 3), Boise Senior (ID; MS50 No. 12), and Mountain View (ID) all bring in top squads in the country to mix up the elite girls race. Tori Gaitan, Arianna Griffiths, and Lexi Halladay will all look to hold off the charge from Stratton, Delgrandpre, and Bozeman's current No. 1 Terra Trom. Bryan Deibel previewed the entire meet here.

With all this national caliber star power on hand, the Montana girls will finally get a bit of a push as they have only had each other to race up to this point. Expect to see these two squads benefit from the inclusion of Great Oak, Boise Senior, and Mountain View as they look to lower their team average and sneak even further into the national conversation. Specifically, watch for Stratton to get her mojo back and pull down her 20th career sub-18:00 5K.

On the boys side, the Bozeman boys will put on a show with their tightly packed 1-5 squad. With the Great Oak boys (MS50 No. 2) in the mix, Bozeman could really benefit from the push that the Wolfpack will provide. Could we see five Bozeman boys under 16:00? It is very possible, especially with all of the individual talents on hand, as well, seeking out their own personal bests.