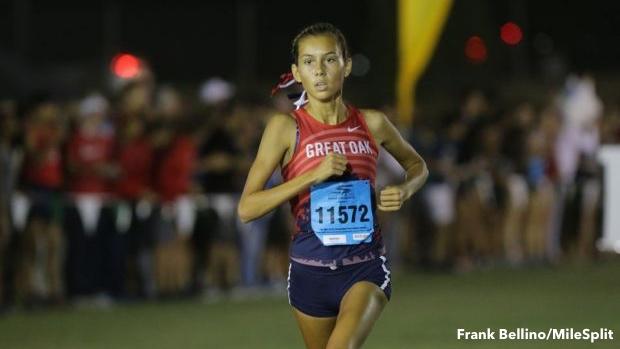 Talk about a crazy race.

Gaitan may have scooped up the best win of her career.

The Wolfpack's No. 1 not only scored an overall win in the sweepstakes race, running the No. 7 fastest time on the course in 16:06.10 and earning a 145 speed rating, but she also led Great Oak to a big win, too, helping the team score a winning-mark of 84 points.

Junior Arianna Griffiths was eighth with a 138 rating and senior Fatima Cortes was 15th with a 131 as the squad put four runners in the top 22 and its fifth in 76th place. Desert Hills, traveling from Arizona, was second with 145 points and Granada, the Division I contender in California this fall, was third with 156. Southlake Carroll, traveling west from Texas, finished fifth with 224 points. 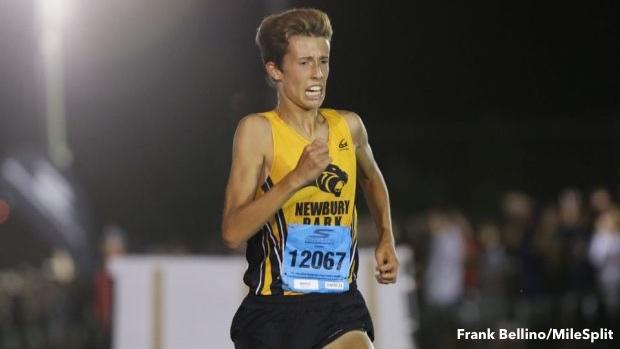 The Boys Race Was Just As Crazy

Coming off a big win at the Laguna Hills Invitational, Rubidoux's Kevin Ramos seemed to be the individual favorite to win the boys sweepstakes race at Woodbridge.

Meet Newbury Park (CA) High School junior Nico Young, who clocked the No. 4 fastest 3-mile time on the Silverlakes Sports Park course with a winning time of 14:01.10. His team was second overall, too.

The dude was 96th last year!

His best on this course was 15:17.90, which marked a 77-second improvement. He didn't qualify for the CIF cross country championships last year.

So it would be safe to assume hardly anyone--outside of Young's coaches or teammates--knew what he was capable of on Saturday.

Fortunately for Young, who earned a 189 speed rating for the effort, his secret is out, and the Californian's display at Woodbridge will keep him in the conversation as one of the top athletes in the state throughout the fall.

Meanwhile, in the team race it was Great Oak's race to win, and the Wolfpack certainly showed up nicely, scoring 83 points on a 24-second spread to win safely.

Junior Gabriel Abbes led with an eighth-place finish and a time of 14:17.50, while the program's top five all were through the finish by the 34th position.