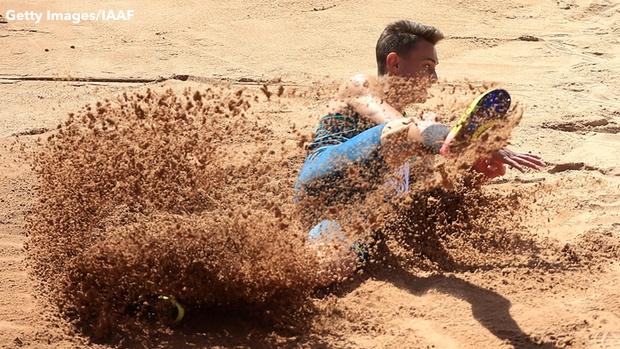 Ayden Owens began the decathlon competition at the World U20 Championships in Finland on Tuesday with a stirring start, securing a personal record in the 100 meter dash as he rushed out to a fifth-place position with 2,445 points after three events.

The American dual-national running for Puerto Rico posted the second best time of the event, going 10.67 seconds to log 935 points, just behind the overall leader Ashley Moloney of Australia, who secured a time of 10.51 seconds and 973 points. Owens followed in the long jump with a mark of 6.94 (799) and in the shot put with a throw of 13.71 (711).

The North Allegheny graduate and University of Southern California recruit previously posted a best of 10.68 (+1.2) seconds in June at his qualifying meet.

Kyle Garland, Team USA's top contender, was sixth overall to begin the competition in 10.97 seconds, grabbing 867 points. While he struggled in the long jump, Garland finally started to find some rhythm in the shot put, finishing second overall with a mark of 15.11 (49-7) and is in eighth-place (2,338) after three events.

The overall leader of the decathlon after three events is France's Makenson Gletty, who posted 2,563 points.

In the shot put, @Tripp_Piperi qualifies out of group A on his first and only attempt with a huge throw of 21.42m! #TeamUSATF #IAAFworlds pic.twitter.com/BFxIHLetYX

U20s are like old hat for Adrian Piperi, who's among the most experienced athletes competing or Team USA's junior squad in Finland--he won a World Youth title in 2015 for Team USA. The University of Texas freshman showed it on Tuesday when he popped the leading qualifying throw with the 6-kilogram weight with a mark of 21.42 meters (70-3.5). His teammate, Tennessee's Jordan West, also qualified with a mark of 19.20 (63-0). 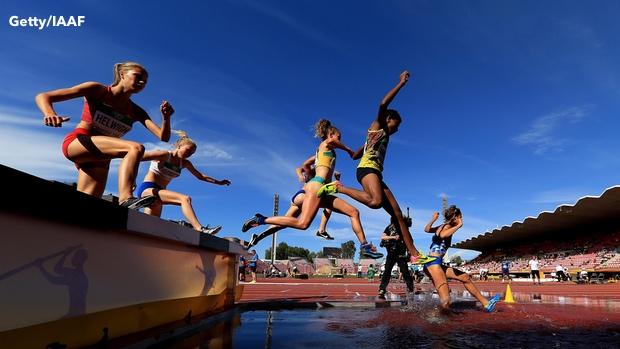 Both Americans saw their way through to the final, with Furman University freshman Kristlin Gear finishing third in Heat 2 in 10:09.08 and Michigan's Alice Hill crossing the line in sixth in Heat 1 in 10:09.15.

In a wildly strategic race in Heat 1 that featured just three qualifiers through to the next round, Norway's Jakob Ingebrigtsen crossed the finish line first in 3:51.34, just ahead of Kenya's George Meitamei Manangoi (3:51.40) and Algeria's Oussama Cherrad (3:52.33). Meanwhile, in Heat 2 Oregon's Cooper Teare held on with confidence in the final moments to qualify through in 3:45.06, finishing third in a heat that featured five qualifiers all under 3:46. Notre Dame's Yared Nuguse wasn't able to capture a bid to the next round in Heat 3, finishing in 3:49.68 as the top four qualifiers all ran 3:46.32 or faster.

In what probably felt like the easiest--and potentially the most threatening 800m of her life--Bolles School (FL) graduate Caitlin Collier won Heat 4 of the women's 800m on Tuesday in 2:11.30. All seven athletes in the second section finished less than two seconds apart. Meanwhile, Texas A & M freshman Sammy Watson was through to the next rounds in Heat 1, crossing third in 2:06.34. Japan's Ayaka Kawata ran the fastest of all four heats in 2:05.08.

Men's Long Jump: LSU's Juvaughn Blake was fifth overall in the opening section of the men's long jump. He netted a 24 foot, 7 inch jump. His teammate, USA's Rayvon Allen, was also through with a mark of 24-10.5.

Men's 100: Both Eric Harrison and Anthony Schwartz qualified for the next round of competition with easy runs on Tuesday. Harrison netted a time of 10.39 in Heat 4, finishing first in the section, while Schwartz shut it down late and crossed Heat 6 in third in 10.40.

Didn't have my best race today but I still made it to semis... tomorrow is a better day 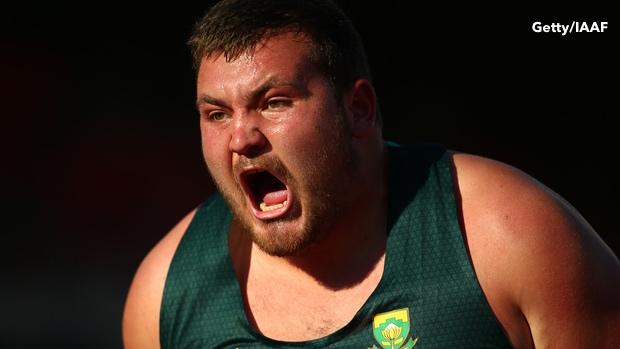 Adrian Piperi had a great Tuesday.

And it was in line for a win at the U20 Championships.

WHAT AN INCREDIBLE COMPETITION

But on his very next throw, Australia's Kyle Blignaut powered a mark of 22.07--a mere centimeter farther than Piperi's--to overtake the lead and earn the eventual win.

Piperi won't go home empty-handed. He won silver and earned a new PR by over two feet. But it was his last junior competition before he makes his way toward qualifying for senior competition in the near future.

Women's 400: The University of Florida's Taylor Manson led Heat 1 and qualified to the next round of action in the 400m with her time of 52.68 seconds--the second fastest mark of the preliminaries. Miami's Symone Mason, however, couldn't get past her group in Heat 5, falling short in 55.66 seconds. Both Manson and Mason will likely feature in Team USA's 4x400 squad. 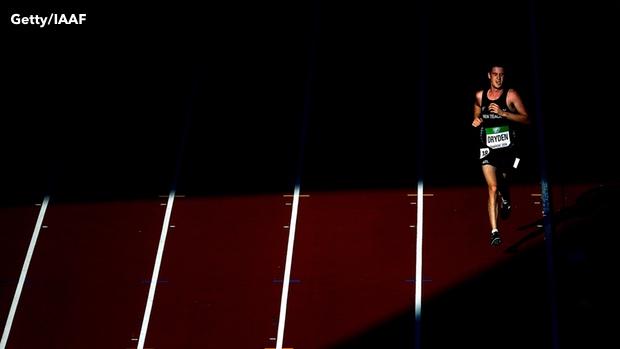 Women's Pole Vault: Virginia Tech's Rachel Baxter qualified for the next round in the pole vault with a fifth-place mark of 4.20 meters (13-9.25), which five others also converted on. Baxter, the last to qualify out of Group A, cleared the height on her second try. Julia Fixsen, meanwhile, also survived to live another day with a clearance of 4.10 meters (13-5.25) in Group B. She missed all three attempts at 4.20.

Women's Discus: Alyssa Wilson made it through to the next round of the discus with a qualifying mark of 53.32 meters (174-11). Meanwhile, Wilson's teammate, Obiageri Amaechi, was the first out in Group A, managing a toss of 48.94 meters.

Men's Decathlon: Ayden Owens suffered a devastating setback in his quest for a podium finish at the U20 Championships after a DQ was issued to him in the 400m. Earlier in the evening session, Ayden's 1.92 meter high jump (6-3) kept him in sixth place with 3,176 points, but the DQ ultimately pushed him all the way back to 13th place. Kyle Garland, meanwhile, steadily moved up to fifth after a second-place finish in the high jump with 2.01 meters--three athletes were tied at the height--and a result of 50.59 seconds in the 400m, giving him 788 points. He now has 3,939 points with four events left.

Women's 5K: It was tough cooking in this race, as Iowa State's Cailie Logue and Michigan State's Emily Venters were in secondary packs that were out of contention early on. Logue was eighth overall in 15:56.00, while Venters was ninth in 15:59.05. Logue PR'ed by three seconds.