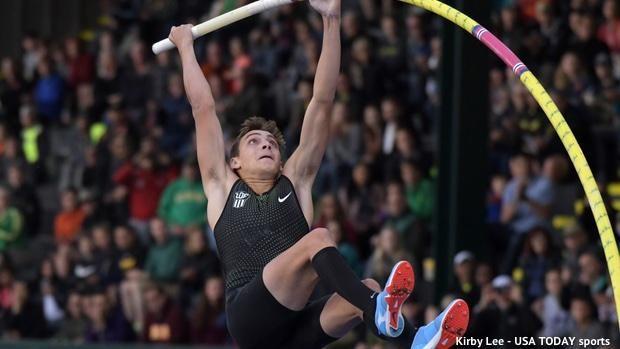 Mondo Duplantis put another notch in his belt Sunday with a win at Stockholm Diamond League.

Duplantis, who competes internationally for Sweden, earned the victory just weeks after placing second at the Prefontaine Classic, just behind 2017 IAAF World Champion Sam Kendricks on May 25. In that meeting, Duplantis vaulted 5.71m (18-8¾ ). Kendricks won in Eugene with a vault of 19-0.75. This weekend, however, Duplantis turned the tables and beat Kendricks, who took second in 5.81m (19-¾).