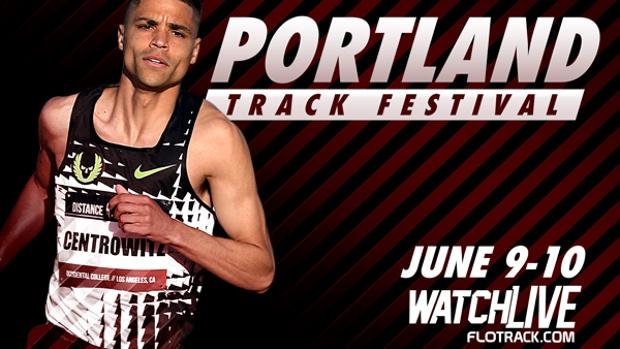 While an esteemed crop of professionals and collegians will vie for stellar times and winning efforts at the Portland Track Festival this weekend in Portland, Oregon, a handful of premier high school athletes will also race in big-time fields.

And they'll be looking for record setting times.

With just a few races left in their high school track and field careers, most of these athletes will be looking for final send-offs before transitioning to their collegiate programs.

Below are national-caliber athletes competing on Saturday and Sunday at the Portland Track Festival.

Bio: The University of Colorado signee is coming off a state championship double in Montana, where she won the 800m (2:10.94) and 1600m (4:51.62). She was also third in the 400m (58.52). She's run the 1500m just four times over her career, but three of them came at the Portland Track Festival, with a best of 4:19.42. Hill might scratch this race, or she might run twice over two days. She's entered in the girls mile at Brooks PR -- where she finished fourth last year -- on June 8 in Seattle and is scheduled to run the 1500m in Portland the following day. Right now Hill is ranked US No. 6 with her 4:29.08 from the Nike/Jesuit Twilight Relays. That would be quite the double, but Hill seems ready to pull it off. 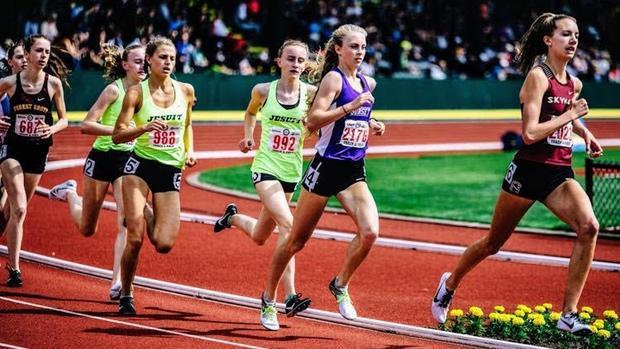 Bio: Like Hill, Makin is also entered at Brooks PR in the girls 800m and scheduled to run at the Portland Track Festival the next day. Considering she'll be heading back to Portland anyway -- this will be her second straight appearance at PTF too -- it might not be too much of a burden. Makin is coming off of a US No. 2 performance in the 1500m on May 19 at the Oregon Class 6A Championships, where she also nabbed a state title in the 800m (2:11.72). The University of Washington signee has dominated high school competition over her four years, but now she'll see if she can hang with collegiate and potentially professional talent.

Bio: The Texan is hoping for big-time competition that can elevate his 800m. The Austin native, who won three private school championships on May 5 in the 800/1600/3200, is currently ranked US No. 6 in the 800m with a time of 1:50.38, and he is one of 11 athletes in the country sitting at 1:50. Carrozza will no doubt get his chance in Portland in a high performance field that will include some collegiate studs. Only three high school athletes have broken 1:50 in 2018, though this weekend that number could balloon up to as many as five or six if a handful of athletes race well. Carrozza, who's also racing in the boys mile and owns a 1600m time of 4:11.79 from the Texas Relays, could very well be one of them.

Bio: The Georgia program is bringing a contingent of 12 athletes to Portland, but Yanek has the toughest test of any of his teammates. The University of Georgia recruit will run in an open section of the men's 5K with the hope of improving on his fall PR of 15:01.97. This will be Yanek's fourth experience running this distance on a track -- he has a PR of 15:14.80 -- but he has yet to go under 15 minutes. This could be the right venue. He's coming off a runner-up finish at the Georgia High School Meet of Champions (9:11.41) on May 19 and was also second at the state championships on May 12 (9:16.38). 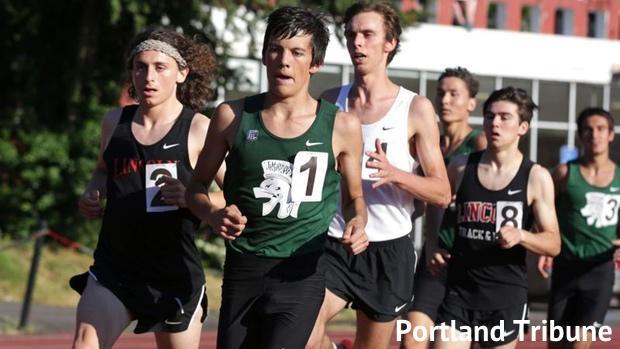 Bio: Here's an ideal race for a PR. And Slenning will be the third athlete in this group to double over two days -- he's also scheduled to run the 2-mile at Brooks PR. Expect a possible PR for the University of Washington signee.  He won his first outdoor championship in Oregon on May 19 with a time of 3:55.96, and now could go after a sub-3:50 attempt here. Only one athlete has done that this year nationally (Dalton Hengst), but the Oregon prep could get pulled along in a strong field and go for a big time. His overall PR came in April at the Nike/Jesuit Twilight Relays in 3:53.67.

Bio: The Oregon State recruit, who ran a career best 4:52.38 in the 1600m at the Arizona Meet of Champions on May 10, could be one of the favorites in this field to win. Wolf definitely gets better the longer a race gets -- she won two 3200m titles in Arizona, including a best of 10:34.76 to finish out her state series -- but is looking to improve her speed on the track. She returns to this venue two years after racing to a PR of 4:35.06 in the 1500m at the Portland Track Festival.