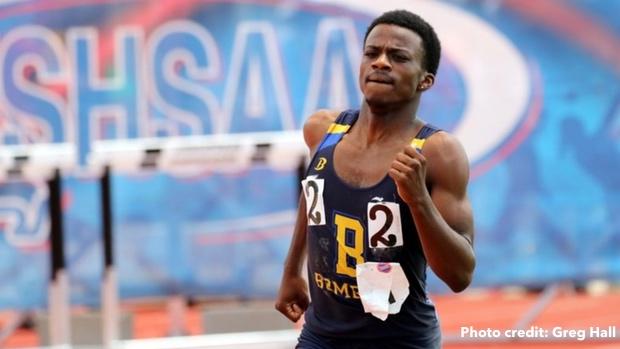 That's the big question facing the high school races as the Festival of Miles approaches Thursday in St. Louis.

The freshman class record holder in the 800m and two-time state title winner pushed for a career best time of 1:49.55 at the Missouri Class 3 State Championships on May 26, capitalizing on his first effort under 1:50 since the AAU Junior Olympics last July.

But while the Festival of Mile's 2017 field kept close to Miller, who won this same race last year in 1:52.42, that seems unlikely this time around.

Miller is at least a second or two faster than he was as a freshman and could be chasing the sophomore class record of 1:48.98, which was last accomplished by Michael Granville in 1994. He could also score a 16-year-old record, which was set in 2016 in a time of 1:48.43.

Expect Miller to do a lot of the work himself tonight. But as always, don't be surprised by the sophomore stud.

Personal record or not, Miller will entertain with a fast race.

Breakdown: This race will a battle between the top three seeds. Donnelly ran 4:48.78 on May 12, while Findley is coming off a 4:51.07 from state on May 26. Vaughan's best time isn't far behind, but her 4:53.49 came at the Texas Relays, which was all the way back in March. Will this be a sit and kick race, or will someone try to set the tone early and break a few runners in her wake?

Breakdown: The mile should be plenty interesting. Dillon's mile time is converted down from altitude, considering he competes in Colorado. But he also has good leg speed in the 800m with a personal best of 1:53.93. Gatewood, Payamps and Riddle will all keep this mile honest. And two underclassmen, Allred and Rivera, shouldn't be overlooked, either. This could be a championship style race, with a win from this prestigious mile being the top prize.