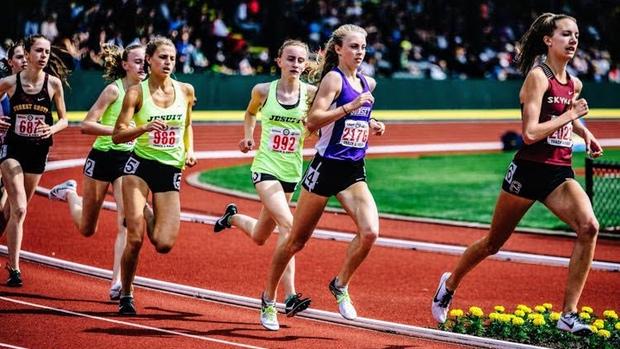 Kelly Makin was able to experience "Hayward Field magic" one last time before she finished her high school career in Oregon.

The Sunset (OR) senior, set to compete for the University of Washington this fall, finished with two OSAA Class 6A championships in the 800m and 1500m on May 19 in Eugene, taking her second straight wins in those events.

And yet, she couldn't help but feel like the moment was a little bittersweet. After all, this would be the last time any high school meet would take place at Hayward Field before its demolition this summer.

"It's crazy that it's going to be torn down," she said of the historic venue, which will make way for the new Hayward Field in 2020. "It's an amazing place to run and I was lucky to race there all this time, but I think the new stadium is going to be cool."

Makin's last run at the state championships ended in a flurry, with the mid-distance stud turning up for a late kick in the 800m to win in 2:11.72, less than a second ahead of Jesuit freshman Molly Grant.

In the 1500m, she worked with teammate Lucy Huelskamp in a strategic race that saw a fiery early pace. The tandem went through 400m in 69 seconds.

Makin eventually withheld that strong early pace, then put down the final laps with confidence as she set a new US No. 1 mark of 4:26.47. Huelskamp was second in 4:30.13.

"I was really happy," Makin said. "I had been wanting a PR since last year, so it took a more competitive race. But it felt smooth."

Along the final straightaway, she heard the rush of the crowd with every step. 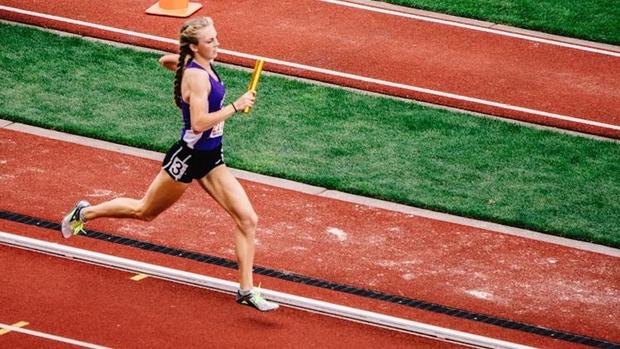 "I think being able to stand up on the podium for the past two years, it was more challenging the second time, but I was able to do it two years in a row," she said. "It's more meaningful to do it again and prove that I deserved to be there."

While Makin's prep career began on the Sunset High School track, every spring she would finish at Hayward. She had been to the state championships for the past four seasons in Eugene, medaling in every single outing, including four straight years in the 1500m.

And so her relationship with Hayward Field, she said, isn't so easy to define. There's a quality about the environment, she said, that you can't easily put into words. But she knows it brings out the best in her, and the competition.

"I guess a lot of it has to do with the fans and the people," Making said. "Everyone knows how important that track is, so the people and atmosphere created there because of that history and knowing you can run fast is a big experience. The fans have made it what it is."

Plus, there's this. Makin will have an opportunity to race at new Hayward Field when it's built in 2020 as a member of the Huskies.

"It's one of my goals to get back there," she said. "I'm super excited to be able to run in the Pac 12. It's so competitive, but I'm going to be back in Eugene."