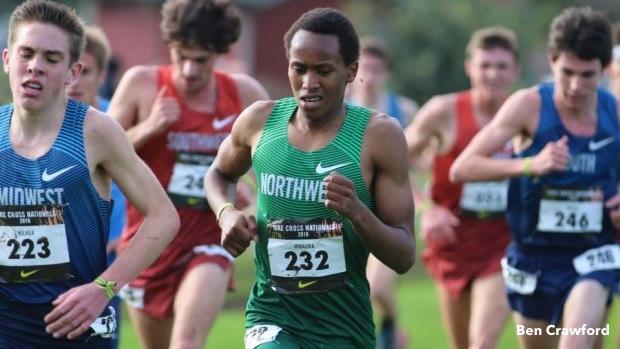 One of the top distance recruits of the class of 2018 has made his college decision.

And while it may surprise some, Tacoma Lincoln (WA) High senior James Mwaura felt like he found a perfect fit in Gonzaga University, a program led by Pat Tyson about four hours east in Spokane.

"We got him in the door and James went down there and he just loved it," Mwaura's high school coach, Andrew Fuller, said. "Here we are, we're Zags now."

Mwaura, a fourth-place finisher at NXN this past fall, narrowed down his final decision to Washington State, Division II Adams State, and Gonzaga. Mwaura is one of three athletes in the country thus far to have achieved two sub-9 minute 3200m efforts in 2018.

He was recruited by Pat Tyson and also considered Washington State and Adams State.

Mwaura's coach, Andrew Fuller, says he "is a low key guy" and always wanted a place that felt like home pic.twitter.com/SIE7248bep

He took a visit to the University of Oregon, but according to Fuller, "it was too big for him."

The connection Mwaura found with Gonzaga began in his sophomore year. Tyson, a Lincoln alumnus, had sent Mwaura his first recruiting letter in 2016.

"Ever since then, it's been about Gonzaga," Fuller said. "That's the first school that showed interest [in] him."

Mwaura began running just six years ago, though began to find his elite form as a junior, winning the NXR Northwest region and finishing 18th at NXN. He followed in the spring by producing a 1600m best of 4:11.31 and a 3200m best of 8:54.53.

Mwaura has also been invited to Brooks PR.