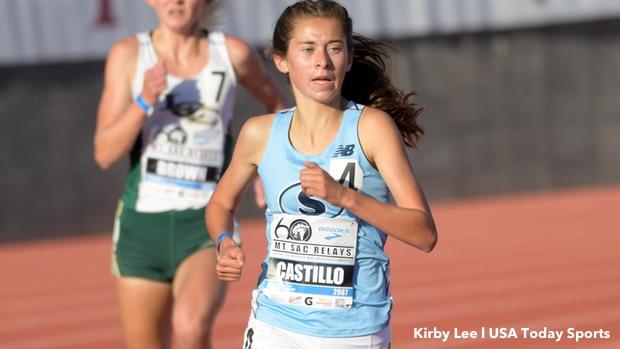 6. One of the best prep performances -- in a collegiate race -- during Friday's action was in the 1500m, where Ole Miss recruit Dalton Hengst went after it. The unattached runner who hails from York, Pennsylvania, competed in an open men's field and finished second in his heat at 3:45.59, which converts out to a full mile of 4:03.57. That's five seconds faster than anyone who's run the distance so far this year nationally. On top of that, Hengst's effort cut five seconds off his previous US No. 1 of 3:50.18 from earlier this season.

7. Josh Hoey is back! The Bishop Shanahan (PA) High senior and Oregon signee finished 10th in his heat of the 800m in a new US No. 1 of 1:48.72, though he was competing against collegiate athletes and professionals. That effort is barely a second off his indoor national record of 1:47.67, which he achieved over the winter in a collegiate race in Boston. Only 10 athletes have broken 1:48 seconds outdoors all-time and only two have gone under 1:47, with Michael Granville's 1:46.45 from 1996 still standing as the national record. But you would have to think Hoey is easily within striking distance after his debut.

10. Sean Lee made it four jumps now over 7-feet in the high jump. The Trabuco Hills (CA) High senior went 7-2 to win the invitational field and was four inches higher than the second-place competitor.