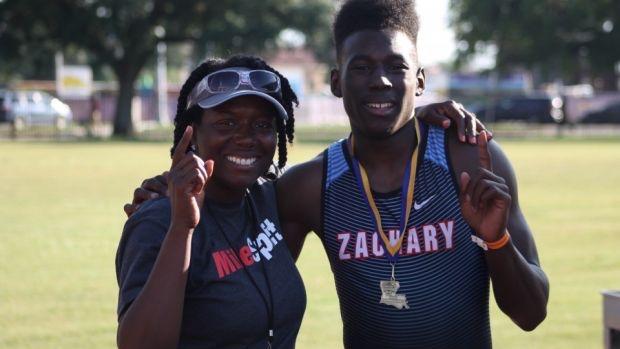 What's the appropriate designation for Sean Burrell's District 4A-5 Championship effort on Wednesday in Abbeville?

The most important result to unpack is the 400m, where Burrell logged the country's second-fastest mark in 45.88 seconds -- the first of his career -- and a school and state record in the process.

But he wasn't finished.

Burrell continued to flourish in the 200m, where he posted a US No. 5 all-conditions mark of 20.77 seconds -- unfortunately, without a wind-gauge.

What's probably more impressive, though, is Burrell's continued progress in the 110mH, where he's lowered his early season best of 15.10 down to 14.61. It's Louisiana's second-best time overall.

And to top off his district championship performance, Burrell anchored the team's winning effort in the 4x400 of 3:26.80.