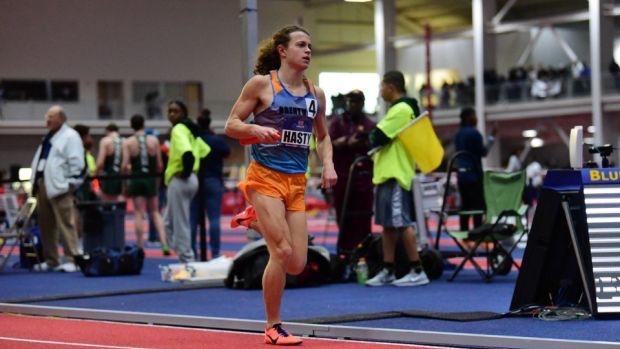 The University of Oregon has the most name recognition of any collegiate program in the country, and at some point over the regular signing period the Ducks will officially welcome (arguably) the top distance talent in the country.

Brodey Hasty, a senior at Brentwood (TN) High who's been running unattached for a little over a year, has the kind of resume that most programs would drool over.

He finished second at Nike Cross Nationals and was consistently hovering at 15 minutes or under for 5K. Then over the indoor season he almost broke four minutes in the mile, and won a national title in the 2-mile with an incredibly heady performance in the last moments. There's no doubt, he's readymade to compete right away and could provide a major boost for the Ducks program as early as the 2018 cross country season.

But when you take a look at the men's program's (potential) scholarship spend from year-to-year, you'll also notice how careful they've been with recruits over the last two seasons. All three of their most recent distance signings (all are likely under full scholarships) could be considered some of the top recruits in the country.

And that's the sign of a very strategic build.

Last fall, the Ducks finished sixth at the NCAA Cross Country Championships. Two freshmen--Reed Brown and Cooper Teare--were a  major part of the Ducks' effort, and both are likely to be significant contributors for the Ducks over the spring season. Potentially the only major loss the team will have after the 2018 track and field season is Sam Prakel.

And Hoey, who's a tremendous half-miler, historically has been very good in cross country. So in two calendar recruiting cycles, the Ducks registered four of the top prospects in the country.

You could see a payoff at the national level as soon as next year, but more than likely, expect the Ducks to be nearly unstoppable by the 2019 cross country season and into the 2020 track calendar.