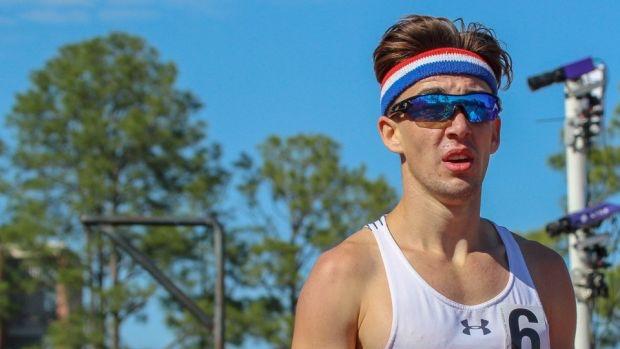 Hugh Brittenham remembers the moment when it clicked three years ago.

He finally began to realize that there was a difference between what he thought he had left over a given race and how much more he knew he could give in those final moments.

Many coaches had taught the Estero (FL) High School junior, the current US No. 1 leader in the 800m and 1600m, these lessons over the years -- including the late Jeff Sommer -- but it was a senior, Jake Dorn, who finally made it all sink in.

"He pulled me aside (during a championship 4x800 race) and told me, 'No matter what happens, no matter how that first lap feels, you go after that last lap,'" Brittenham said. "And ever since that race, ever since he said that, that's how it's worked for me."

The junior is really putting that idea to use in 2018. After showing flashes of his potential as a sophomore, splitting 1:52.8 twice in the 800m and going 4:17.78 in the 1600m to finish second at the state championships, Brittenham has truly started to break out.

In back-to-back weeks he's cut his nation-leading 800m times from 1:52.72 to 1:51.92, then added another country best mark in the 1600m at the FSU Relays in 4:12.02 -- kicking past Syracuse signee Michael Phillips and Belmont recruit Jacob McLeod in the process.

Can he do it again?

This weekend, Brittenham could potentially do himself one better and go after elusive times in both races. He's scheduled to run in the invitational sections of the boys 800m and 1600m.

But he's not getting ahead of himself, either.

"Honestly, in the past few weeks, I haven't decided on time goals," he said. "For me, trying to stress a time is more stressful than the effort itself. So here (at the Florida Relays), I'm going to decide on the race effort during the race."

But in recent weeks, the Florida student-athlete has also raised the idea of whether he could be the next mid-distance star in the state -- and an emerging national talent. Only eight athletes have broken 1:50 in Florida, with Colonial graduate Andres Arroyo leading the state all-time mark with a 1:47.79.

In some ways, that realization was a product of more behind the scenes work. Because a year ago, Brittenham said he would have felt like these efforts were flukes, simply the products of "great days."

This season, however, Brittenham has been able to fully embrace the pain of a hard race. He bumped up his base from about 35-40 miles a week to roughly 50 miles this spring.

He overcame some injury woes over the cross country season, too, working through IT issues and other small ailments.

"I'm just not afraid to hurt in those last moments," he said. "Sometimes that hesitation in people is what gets them, or loses them in that spot. But I'm not afraid to go for it."

Long known as a talented prospect at a high school known for its running program -- the late Jeff Sommer had built Estero into a cross country power in the state -- Brittenham has made the leap this year by virtue of his consistency.

Since March, when he ran at a local meet in Naples, he's gone three straight trips under 1:55 and 4:17. Brittenham, who owns school and county records in each race, is trying to raise the bar even higher, though. 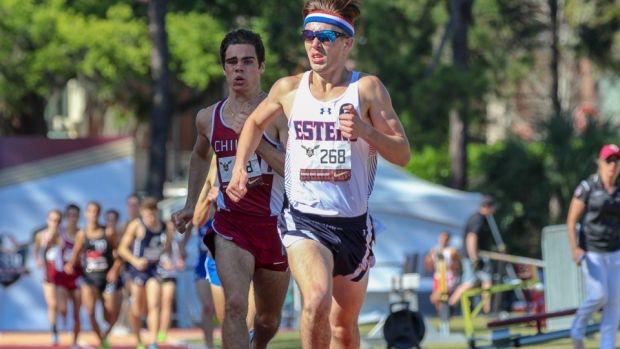 "I think a big thing is the mentality difference," he said. "As a sophomore, I was always stressed before a race, nervous against who I was racing against. The conditions and everything. But this year, the big difference has been adaptability and the calm prior to a race."

Brittenham has gone through a coaching change, which could stoke some fears. But he says his two coaches -- Brian Olitsky and Leigh Williams -- have been great resources.

Brittenham wasn't quite sure what to think when he became the nation's leader in two races -- and a third, the 1500m, he led the nation for some time before the mark was broken this past weekend.

"It was almost a sign of, 'You're doing what you should be doing,'" he said. "It's elation, that recognition. You know what you're doing is paying off, and all that pain during practices, it's all worth it and it's coming together."

Brittenham, who starts his training at 4:45 AM most mornings in Estero, traditionally a hot and humid region in Florida, also doubles with short mileage three times a week.

He still hasn't won a state title in Florida, which is a goal he's aiming for first as he looks ahead into the postseason. Last year, he failed to qualify out of the 800m at regions, saying he had hamstring issues following the 1600m.

But he knows his overall workload has changed for the better in 2018.

"Just knowing last year I got really close," he said. "I don't want that happening again."

Brittenham also could potentially make a case for a national meet like Brooks PR, though he's not getting ahead of himself, either.

"I've thought about it," he said. "That would be a great opportunity, but when you think of Brooks PR, you think of the mile and I don't think I'm there yet."

Maybe doubt hasn't been completely erased from Brittenham's mind, especially considering he hasn't broken 1:50 or 4:10 yet.

But he knows how he feels, and every day he separates what he needs to do to get himself to the top.

"I'd say in my head, I tell myself I am, or I can be, one of the best in the nation," he said. "But I always try to practice like I'm just some guy from Southwest Florida. I think that's the best way to put it."