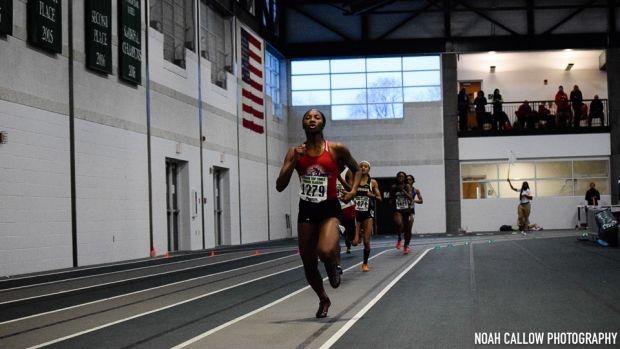 A few names to mention here from Illinois Top Times this weekend in Bloomington, Illinois.

Bradford finished his season with four clearances over 17-4, including his top performance of 18-0.5, which earned him that coveted New Balance win.

2. It feels like West Aurora High's Dajour Miles has been around forever, but she's only a junior.

4. Babyface Holyfield ended his indoor with a solid showing in the 200m. That, of course, is Plainfield North's Marcellus Moore, who owns a US No. 5 time of 21.30 at the distance from an earlier meet in Arkansas. Just a sophomore, he finished fourth at nationals. And he added another state honor to his name with a win here in 21.61 seconds. Moore is definitely someone to watch come outdoor season in Illinois.

Page 2: Eric Casarez earns a smart win in the 3200m at Jesuit Sheaner

Page 5: Indianapolis Cathedral's Big US No. 11 Effort At The Hoosier Relays

Page 6: Asani Hampton is emerging as one of the top sprinters in the nation