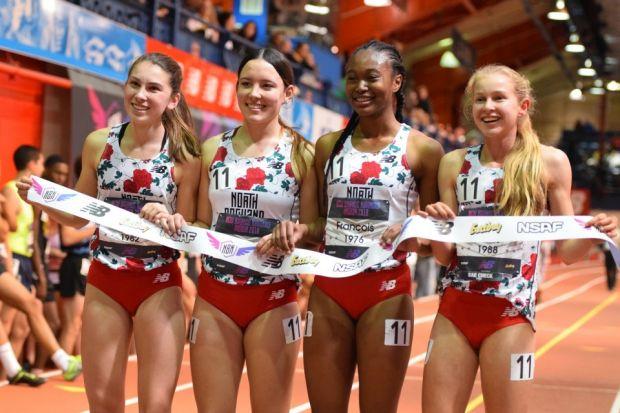 The New York girls dominated the championship division and Virginia settled into second.

Katelyn Tuohy and the North Rockland distance girls accounted for 28 of those points, but a number of big names threw in major point totals, including Lanae-Tava Thomas, Kelsey Chmiel and the six other squads who came up big in the DMR, 4xMile and 4x800 relays.