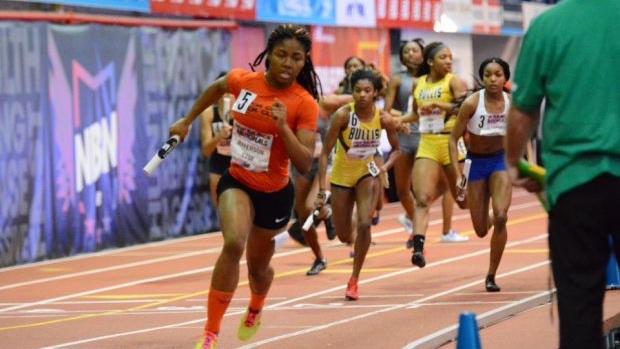 Brandon Jiles might have to do this more often than he likes for his Oak Park High girls track and field program, but he knows it's important.

The little reminders, he knows, are the best way to keep high school teams from thinking too much, from comparing, from stacking one athlete against the next.

And so he tells his team, it's never been about how we start a season, it's about how we finish ... as a team.

He can mention the two back-to-back national indoor titles in 2014 and 2015 and another outdoors in 2014. He can highlight two athletes, junior Janae Barksdale and senior Dorriann Coleman, who have been on two medal winning squads the last two seasons. Coleman, who was injured in 2017, won an outdoor 800m state title in Michigan as a sophomore in 2:10.20.

"In the spirit of competition, somebody might look at Bullis School like they're untouchable," Jiles said. "But at the same time, it's track and field. You have to be ready when you need to be ready." 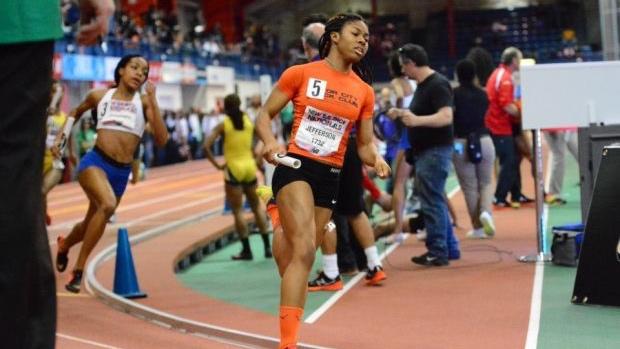 So when March hits, Jiles still believes Motor City Track Club can compete with any team in the nation in the 4x400 and sprint medley relay.

That includes Bullis, which defeated Motor City last season at New Balance Nationals Indoor in the championship 4x400 and currently owns US No. 1 marks in the 4x200 and 4x400.

Motor City, though, just grabbed the No. 1 spot in the SMR, going 4:09.42 at Eastern Michigan University. On a flat track.

"When I put it together, it was a good indication that we're improving and coming together despite a lack of opportunity of racing great competition," Jiles said.

Jiles, though, believes the team can break four minutes and he has an eye on eclipsing the 2015 squad's time of 3:56.80, which stands No. 11 all-time indoors. He knows when push comes to shove, he's going to be competing against not only Bullis, but Western Branch (VA), Nansemond River (VA) and Franklin (MD).

"It wasn't our best team out there," Jiles said.

But February will be an important month for Motor City as it looks to hit top form heading into state and national season, too.

The program is preparing for its biggest tasks yet at two national-level meets in Georgia and Kentucky. They'll get their first chance at a banked track at the Dunamis Super Meet in Atlanta from Feb. 8-11 and then follow with a performance at an oversized track at the Kentucky High School Invitational on Feb. 17.

"Kentucky is a huge meet for us because it allows us to get some competition outside of Michigan," Jiles said. "We get to see where we stack up nationally in the relays." 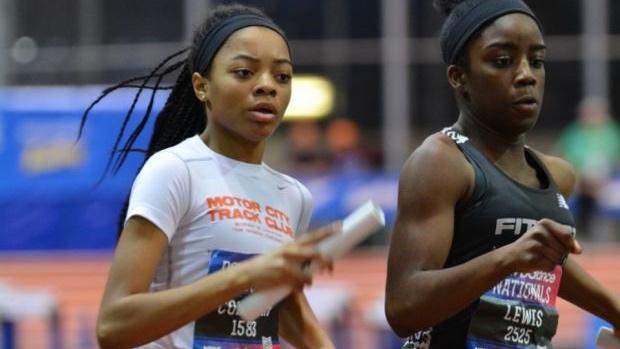 It will also give Jiles a look into just how ready his athletes are. In January, he put five athletes in an open 400m, and they eventually went 1-2-3-4-5.

His group includes Coleman, Barksdale, Jada Roundtree, Miyah Brooks, Chloe Vines and Makayla Gates. Another hurdler, Aasia Laurencin, who split 56.10 during a 4x400 at the AAU Junior Olympics and has run 24.95 in the 200m this indoor campaign, could also be in the picture. But only Coleman and Barksdale have competed together on a national stage.

And if the squad wants to duplicate what it was able to achieve in 2016 in the 4x400, running a US No. 4 all-time mark of 3:40.69 -- which coincidentally was a second-place finish behind Union Catholic (NJ) -- then the team will have to truly unite.

"One thing about us, we're a family off the track," Jiles said. "But when we're on the line, it's every woman for themselves. They're all going for it once they get on that line and they're competitive regardless of who's in the race. They'll get after it."

Historically, Motor City's girls have been able to develop consistently good relay squads at New Balance Nationals Indoor since Jiles has been in charge. The club was second in 2017, second in 2016, won two titles in 2014 and 2015 and was fifth in back-to-back years in 2012 and 2013.

While Bullis has formed a distinguished pedigree so far, Jiles isn't worried.

"Every year we reload to a certain degree," Jiles said. "But there's much more opportunity this season for kids who didn't contribute as much last year."

And ultimately, when it comes time to race, he says his team is going to be ready.

"We're a blue collar group and we'll keep working," Jiles said recently. "We might not get the headlines, but when we're ready to run we'll run."