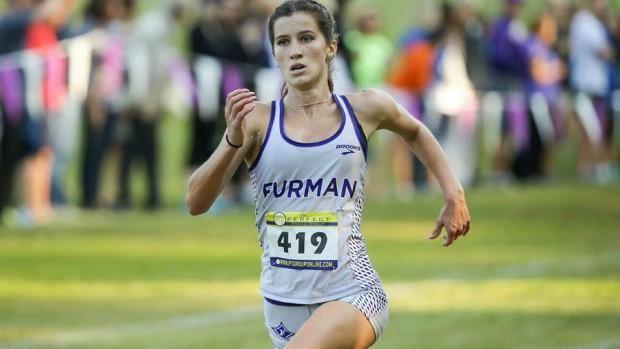 Breaking into the top 10 among the indoor ranks for Division I women has been harder to come by for freshman athletes. Generally, established veterans have set the tone during the indoor season, leaving rookie athletes to play catch up.

That differs from the men's ranks, where freshman have consistently laid down impressive results early on. Still, there's a lot of season left before the NCAA Division I Championships, which are being held from March 9-10 at Texas A & M University in College Station, Texas.

We found when looking at women's results that it's been consistently harder for freshman to crack the top 10, with no debut athletes featuring in the 200m, 400m, mile, 3000m, high jump, triple jump, shot put or weight throw.

Another, Furman's Kristlin Gear, who is a six-time state champ in Florida for Fort Myers High, set a school record for the Paladins in her first go at an indoor 800m, producing a career best time of 2:08.18.

Two athletes seem ready to make a breakthrough, with Texas Tech's Kaylor Harris (60mH) and Stephen F. Austin's Carson Dingler (pole vault) both sitting at the No. 11 position in their events.

And if there's been any event where freshmen have had no problem competing among NCAA Division I best,  it's been in the pole vault, where two athletes from Virginia Tech have stormed high in the ranks. International recruit Lisa Gunnarsson is No. 3 with a vault of 14-6, while Canyon Anaheim Hills (CA) graduate Rachel Baxter is No. 7 with a height of 14-0.

Check out the full list of athletes who have marked an effort inside the top 10 of indoor events so far in NCAA Division I women's action.