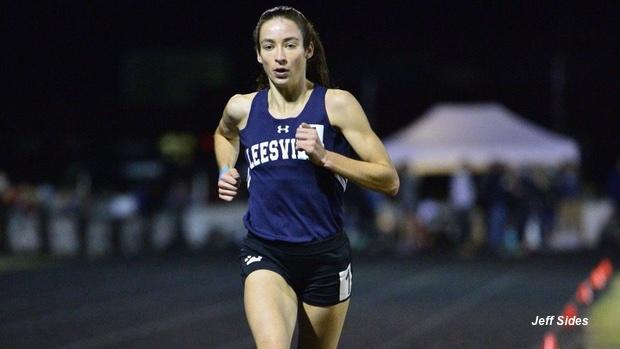 One of the top class of 2017 recruits has made a big move just a semester into her college career.

Raleigh Leesville Road (NC) High graduate Nevada Mareno -- a powerhouse distance recruit and six-time state champion in North Carolina who finished second at Foot Locker Nationals in 2016 and third in 2015 -- is officially back in her home state with North Carolina State after redshirting for Stanford University over the fall cross country season, she confirmed with MileSplit.

The Cardinal granted Mareno's release after one semester and she is now eligible for the 2018 indoor season with the Wolfpack, a university located in Raleigh -- though the program's XC course is in Cary -- just a stone's throw away from her former high school. She moves into housing at North Carolina State this week.

Mareno ran 4:43.39 in the full mile and 10:17.70 in the 3200m as a junior, but hasn't competed in a uniform since the last indoor season as a high school senior -- she finished 20th in an elite mile field at the Carmel City Elite Invitational at Winston-Salem.

But in North Carolina, Mareno will be around familiar faces and former competitors, including Wesley and Ryen Frazier, the daughters of one of Mareno's former coaches, Tim Frazier, who supplemented her training in her junior season. Mareno was primarily coached by Leesville Road coaches during her track and field and cross country career.