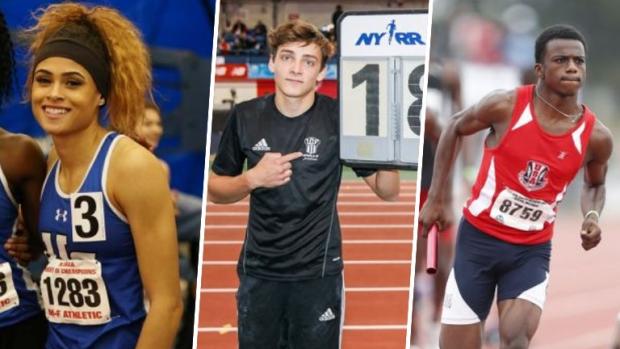 An Olympian, a World Championship medalist and a World Age Group record holder were all profiled by FloFilms in 2017 in its Prodigy series.

Did you see the full length profiles on Sydney McLaughlin, Mondo Duplantis and Brandon Miller? If not, check out these explorations into the daily lives, routines and competition of some of our nation's -- and Sweden's -- elite talent in the next few years.

Following the profile on Duplantis, a World Junior record holder in the pole vault and a men's national team member for Sweden, he finished ninth at the IAAF World Championships in London -- he consequently also signed with LSU during the early college signing period.

McLaughlin, a World Junior record holder in the 400m hurdles and Olympian at the age of 18, finished off her high school career with Union Catholic (NJ) and then headed off to the University of Kentucky, where's she's headed into her first collegiate season.

As a freshman, Miller followed his profile by breaking 1:50 in the 800m for the first time in his career, earning an AAU national record in the process.

Check out the full length features below.