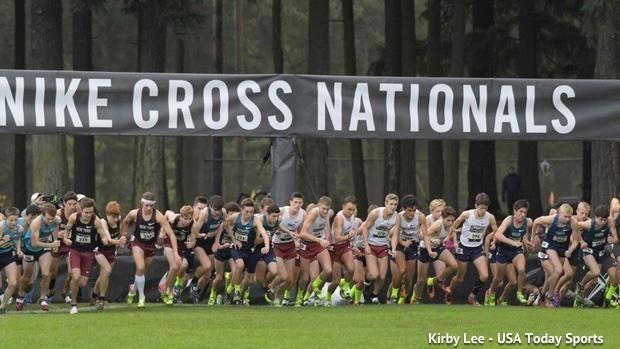 It's time for the most important election of the 21st century. MileSplit has enjoyed successful (albeit mildly controversial) Snapchat takeover polls in Virginia, Texas, and Missouri, and now it's the national site's turn. Vote NOW on which team you want to take over MileSplit's Snapchat for Nike Cross Nationals, which is taking place this weekend in Portland, Oregon.

While the top 22 boys and girls XC teams in the country will vie for national supremacy at the Glendoveer Golf Course, the truth is that winning this poll is probably more prestigious (and certainly more fulfilling) than winning NXN. I mean, we pretty much already know the Fayetteville-Manlius girls will take home their umpteenth national title on Saturday, but everyone's in contention to win our Snapchat takeover poll.

So put up your yard signs, rally your coalitions, and let the voting begin. The poll closes on Friday at noon ET.

NOTE: MileSplit reserves the right to remove teams from consideration in the event of any electoral fraud. In other words, don't try to rig the poll with a computer program or else we'll be forced to disregard your team's candidacy. (This is what happened with the latest Texas MileSplit Snapchat takeover poll, and it was a very sad and regrettable situation for everyone involved.) However, humans may vote as many times as they please.

Update: After counting all 35,183 votes, MileSplit can formally announce that Downers Grove North has won the Snapchat takeover poll. Congratulations to the Trojans, and be sure to check them out on MileSplit's official Snapchat account this weekend!