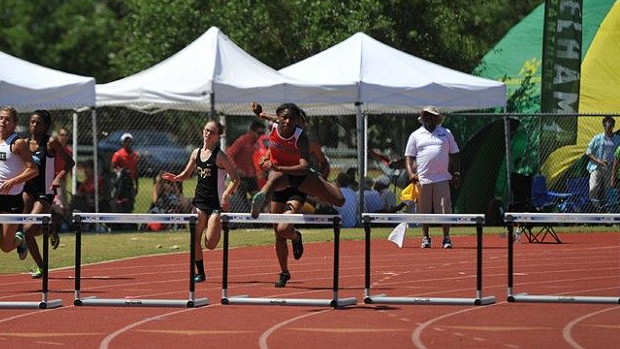 This weekend marks the official start of indoor track season, with two meets being broadcast live on MileSplit (Virginia's Real Deal High School Classic on Friday and Alabama's Magic City Invitational on Saturday). One of the top athletes competing at Magic City is Homewood (AL) senior Jasmine Griffin, who advanced to the championship 60M dash final at New Balance Nationals Indoor last March and has run 7.50, making her the nation's No. 8 returner in that event. She also boasts an array of individual state titles in the 60M dash, 100M dash, 300M hurdles, and 400M dash.

Before taking to the famed Birmingham CrossPlex track on Saturday, Griffin sat down with MileSplit to discuss opening her indoor campaign at Magic City, goals for her senior year, her college plans, and more.

MileSplit: What are your goals for this upcoming indoor season?Griffin: I really want to try and break some records this season and improve on my times at each meet.What events will you be competing in at this weekend's Magic City Invitational?I'll be doing the 60M dash, 60M hurdles, 400M dash, and 4x200M relay.Are there any particular individuals you're excited to compete with at Magic City?Lauryn Hall is a spectacular athlete and I like competing with her. [Editor's note: Hall is a senior at Alabama's Sparkman High School and has run PRs of 11.55 in the 100M dash, 23.68 in the 200M dash, and 57.10 in the 400M dash. She is entered in the 60M dash, 400M dash, and long jump at Magic City.] I don't know if she knows this, but she pushes me in every race we run together. We always run next to each other so that's even better since she is my competition and it helps me PR sometimes. 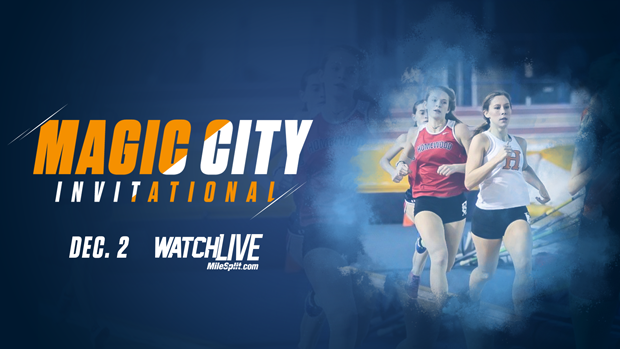 Many athletes won't open their indoor season until January or even February. Do you feel that competing in December gives you a leg up on the competition?Kind of, which I like but at the same time I don't because not knowing all of the competition makes it hard to know what I need to fix in my training to make sure I can maintain the place I've worked hard for.Did you expect to qualify for the 60M dash final at New Balance Nationals Indoor last year? Does that experience give you confidence heading into your senior track season?No, I really didn't expect it, only because I didn't run as well as I hoped in the semis. But I was glad that I made it that far. I got a FaceTime call from Caitlyn Little [Editor's note: Caitlyn Little was a standout hurdler at Alabama's Hoover High School and now competes at the University of South Carolina.] telling me I made it and when I looked on the website I almost cried, I was so stoked. I texted my mom and coach in all caps telling them the good news.I see that you also ran at New Balance on your team's 4x400m relay. With two of those legs having graduated, do you think Homewood has what it takes to send another relay to New Balance?In my opinion, I really do and I hope we get to take our 4x200M relay team there as well.Do you view indoor track as a way to prepare for outdoor track, or do you approach indoors as its own season?Honestly, I've never really thought about that. I just view the 60M dash and 60M hurdles that way because they are basically the same as the 100M dash and 100M hurdles, but for everything else I think of them separately because I run the 400M dash differently indoors.

When did you start training for the indoor track season? What do your preseason workouts typically consist of?I really didn't take a break from training. I ran summer track so I would say that was my preseason for indoor. A typical preseason workout would be doing hills every Monday for a while, with short sprints or maybe something longer on the field on Tuesdays and Thursdays. Wednesdays would sometimes include hurdle drills, and Fridays depend on the coach, sometimes we would take a break and play ultimate football.Do you plan to compete in track in college? If so, have you decided yet on a school?That's my plan. I've committed to run track at the University of Southern Mississippi. To be honest, I wouldn't say that I really have a choice. I've been running track my whole my life and it's what I'm good at and is really in my family's blood.

I noticed that you tried out the heptathlon last outdoor season and placed third at the Alabama state meet. Are you planning on attempting to qualify for the pentathlon at New Balance Nationals Indoor? Do you envision a future in the multi events?In all honesty, no. I did like trying the different events but I don't see myself as a heptathlete or pentathlete.
Tweets by milesplit