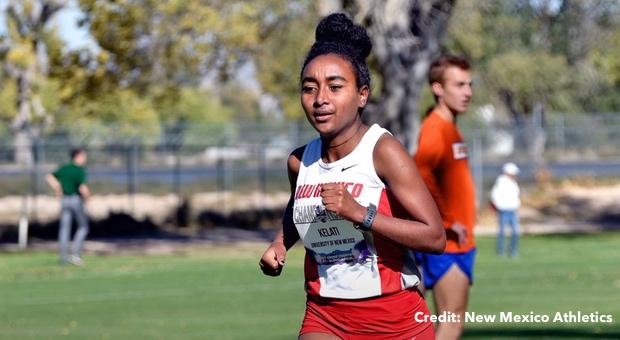 The New Mexico women finished extremely strong in the final 2K following a conservative start on Saturday in the NCAA Championships, earning their second team title in three years in Louisville, Kentucky.

While sophomore Ednah Kurgat, a transfer from Liberty University, won her first NCAA title, freshman Weini Kelati, a recent graduate from Leesburg (VA) High, was seventh overall and second through the line for the Lobos, contributing to a 90 point effort for the team.

It was the exact result the New Mexico women were searching for at the championships, and as far as impact freshmen go, Kelati was a big reason why the team stayed in contention after a slow start after the first 2K split.

Kelati was in the second chase pack the entire race, running consistently for the Lobos, while junior Charlotte Prouse was 12th, senior Alice Wright was 14th and freshman Alondra Negron was 85th.

Kelati finished in 19:35.8 for 6K, which was her top effort at the distance this season.

For more coverage of the NCAA Division I Championships, go to FloTrack.com and watch the championships LIVE.