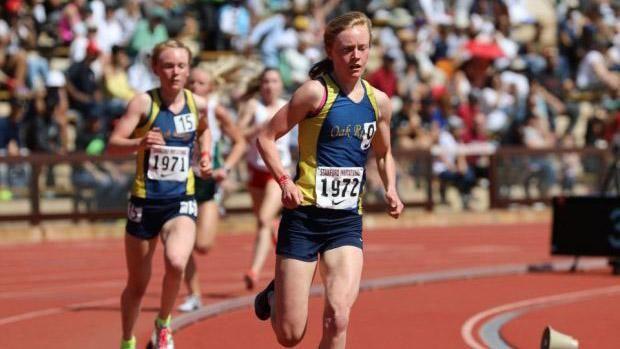 A set of talented twins from California are headed in opposite directions after signing their National Letter of Intents recently.

Oak Ridge's Maddy Denner, ranked No. 21 on MileSplit's top 50 prospects in the class of 2018, is headed to the University of Michigan while Elena Denner, another top talent statewide, has inked with Notre Dame University.

Read: An Interview With The Denner Sisters By Ca.MileSplit

Maddy Denner won her first CIF Championship in the 1600m in June, posting a U.S. No. 5 time of 4:44.89. It was part of five efforts under five minutes on the season.

This fall, Elena finished just two places back of Maddy at the Clovis Invitational, posting a PR of 17:18.10 at the 5K distance.