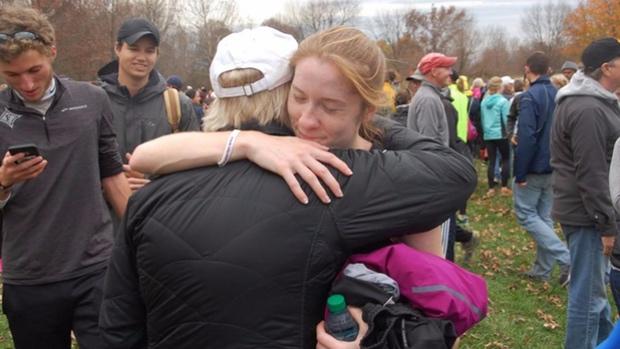 During the 2015 NCAA Cross Country Championship, an unheralded runner named Allie Buchalski made a fearless move to the front of the race alongside NCAA greats Molly Seidel, Allie Ostrander, Dom Scott, and Courtney Frerichs.

The freeze-frame was a taste of things to come. Buchalski, a Johns Creek (GA) High graduate, now leads a No. 10-ranked Furman University squad hot off a sixth-place finish at the Wisconsin Invitational; the Paladins are looking for the program's first NCAA championship berth. But much has happened between now and then.

While Buchalski was running stride for stride with the best athletes in the country in that 2015 move, her coach Rita Gary of Furman watched anxiously, nervous that her athlete had been too aggressive with the pace. At this point, Buchalski wasn't an an All-American and had only placed 156th at the championships the year before.

As soon as Gary started to worry, a thought entered into her mind: "Don't worry about it, coach." She knew where the thought came from. It was something that Buchalski's late father Jim would have said to reassure her.

Buchalski's decision paid off when she crossed the finish line in seventh place, marking the first All-American finish in Furman program history. When Buchalski recalled the special moment, she remembered the tear-inducing words that Gary said after the race.

"She met me in the tent afterwards and was balling her eyes out. The first thing she said to me was 'Jim was here,'" Buchalski told FloTrack in a phone interview.

It was one of countless moments in which Jim inspired his daughter.

Almost two years earlier, Buchalski was at a New Year's Eve party with her high school friends when she learned about her father's passing. After the ball dropped, her friend's mother arrived at the house and broke the news to her. Buchalski still remembers the sinking feeling of knowing that something was wrong even before she heard the devastating news.

"I thought it was a joke. I didn't believe her. She had to repeat it multiple times, which couldn't have been easy for her," Buchalski recalled.

While he was taking a nap, Jim passed away from what doctors believed to be a heart attack. He was trying to get enough sleep before an early wakeup call. He had planned to drive from her aunt's house in Tennessee to Atlanta, where they were supposed to have a father-daughter date the next day. He never made the trip. 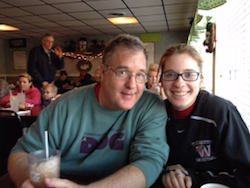 Eleven days later, Buchalski flew to Scotland to compete as a member of the United States junior team at the BUPA Great Edinburgh cross country meet. She learned that she had made the team just a few days before her father passed. She and her parents were having brunch at one of their favorite spots when Gary called to give her the good news. Her mother took a picture of Buchalski with her father in the restaurant booth to commemorate the moment. It ended up being the last picture she took with her dad.

"He was always encouraging me to enjoy the moment, enjoy the opportunity that is right in front of you," Buchalski said. "So he told me to do that and take it all in because I'll be back someday and not just on a junior team."

After her father passed, Buchalski said she woke up every day in disbelief. She would attempt to train for an upcoming race, but couldn't run past 800 meters without crying uncontrollably. With the support of her family, Buchalski got on the plane to Edinburgh. Even on the plane, she felt her father's presence.

"I distinctly reminder when we were flying, we had parted in-between two clouds. It was just a blanket of clouds and then the plane, its wing, some blue area and another blanket of clouds above it," she said. "In between those two clouds I felt dad there. That's where he was. So now every single time I'm on a plane, I look out the window and it's a similar scene -- I just get that heartwarming feeling that he's there." 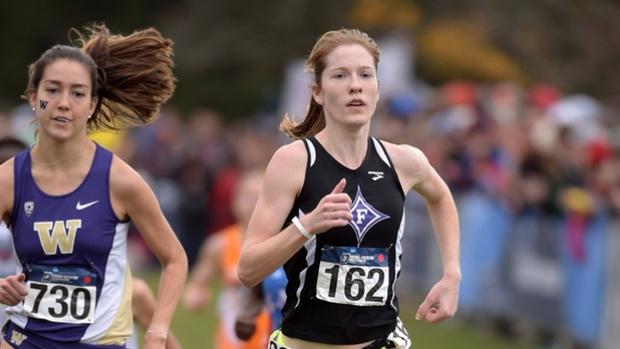 The following semester proved to be one of the toughest times in Buchalski's life. She was devastated but attempted to compartmentalize her life in order to get through each day. She told herself to focus on one activity at a time -- classes, practice -- and worry about the looming grief at the end of each day when she was alone.

During spring break, she was diagnosed with a stress fracture in her foot; the injury sidelined her for the entire outdoor track season. And because she couldn't bear the thought of going home for the summer, she took summer school.

"At one point I considered leaving Furman to be closer to my family, but I'm so glad that I didn't," she said.

It wasn't until the fall of 2014 when Buchalski started to feel like herself again. With the help of her thoughtful coach, she was able to find joy in running.

"Rita was an influential part of getting me back on track. She contacted my mom and had her send up anything that would remind me of my dad. Photos, trinkets, and stuff, and a lot of it was stuff I hadn't seen before. Before every cross country race, she would give me one of those things," Buchalski said. "The first time I got one I just broke down. But eventually instead of dreading every race because it would remind me of my dad, I would look forward to it because I would get something that I had never seen before that was basically from my dad."

During the 2014 cross country season, Buchalski won the Southern Conference Championship and finished ninth at the NCAA Southeast Region Championships, earning a spot to compete at the NCAA championships for the first time.

Looking back at the way her coach cared for her during that difficult time, Buchalski couldn't help but feel immensely grateful.

"It speaks to our program as a whole," she said. "They're trying to build an athlete, not just numbers. They could have very easily replaced me and they didn't."

Every day, Buchalski wakes up to a photo of her father and her entire family on her bedside table. Alongside the photo is a handwritten note that reads: "Rise & Grind." The photo is a constant reminder that her motivation is the support system around her. 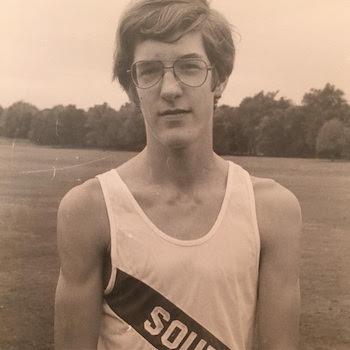 When describing her dad, Buchalski's stories involve Jim giving back in ways that even the most considerate parents wouldn't think of. Some examples include her father raking out the long jump pit and covering it before a big rain storm so the team wouldn't have to worry about it for the meet; pumping up basketballs before the first day of practice every year, always at the right pressure; and assisting other departments at her high school, including transporting a refrigerator through the hallways for a task that, to this day, Buchalski still doesn't understand but can only laugh at the memory of.

"He was a reserved and quiet man, but you knew when he walked into a room. You just knew that he was a good man and would help you out with anything," she said.

Jim was also instrumental in the start of Buchalski's running career. When she was five years old, she competed in a local fun run but lost to a boy. After losing, Buchalski was extremely upset. She told her dad that she didn't want to lose ever again, and he promised her that if she committed one month of her time to train before the race next year, that he could guarantee she wouldn't lose again.

Buchalski agreed, and her dad put together a little training plan that involved some 200 meter track workouts and a 1.3-mile loop that they would run together. The following year, Jim's promise was kept when she won the race for the first time.

Almost two decades later, Buchalski is leading the rise of the women's program at Furman after their breakthrough showing at the Wisconsin Invitational. The performance was nothing short of stunning for a team aiming to make it to the NCAA championships for the first time.

Buchalski made the decision to redshirt last fall in order to let the younger class mature and be ready for a game-changing 2017 season. Now a five-time All-American, she is excited to combine her personal goals of a top-five finish as a contribution to the team score.

"I'm always going to try," she said. "I will never be the athlete who sits back and races for second just because they know they can get second, because you never know, you might be able to win."