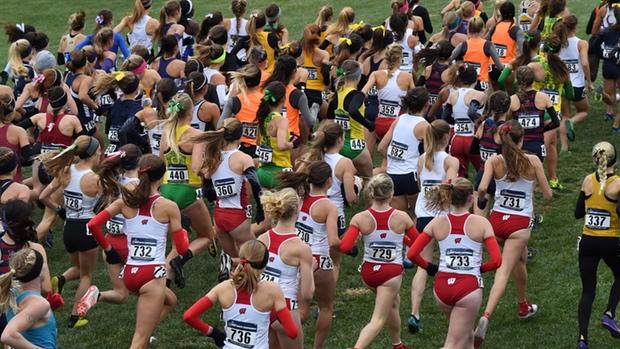 Twenty years after her high school cross country program became a lightning rod for national discussion, Jessica Atrio caught up with us by phone.

And she was caught slightly off guard, if only because she's a busy, successful, on-the-go professional. She's a board-certified obstetrician gynecologist who works in New York and has an undergraduate degree from Columbia University, a medical degree from NYU, and a master's of science from the University of Southern California.

Her first question: "We're still talking about what girls can wear in cross country?"

The story was little shocking at first. It had been over 20 years since Atrio's high school was disqualified from the Florida High School Athletic Association cross country championships in 1995 for what a course referee deemed an "abbreviated brief" during the state title race in Class 4A.

Of the team's seven runners, a few were wearing those "close-legged briefs," which on that day were confronted as illegal -- because, referees explained, they were riding up the hip -- even though they were the same uniforms the Gulliver girls had been wearing for years.

The team went from a third-place finish to off the state podium.

A captain back then, Atrio was devastated. Soon after, for a story in The New York Times, Atrio said of the experience, "We felt violated. Cross-country is about your time and place, not what you wear."

Much has changed since then, with "bun-huggers," along with the understanding of what they look like, becoming an acceptable style of uniform. The National Federation of State High School Associations approves the use of a variety of styles, including closed-legged briefs, for high school programs.

And when this story took shape Tuesday -- plus the firestorm of comments that began on Facebook and on Twitter -- I felt the need to speak to a woman who had dealt with this before. It seemed beyond me that this was even a discussion anymore.

I reached out to Atrio on the phone. And I wanted to know whether, 20 years later, she had viewed the discussion any differently. Much has changed since then for women's rights and title IX issues -- both in sports and universally.

"One of the beauties of distance running, or any event," Atrio said, "is that you're beholden to your time and very little else. There's a transparency to your performance. How well you do is singularly based on your time, not what you're wearing."

It had been so long since her high school cross country days that Atrio had forgotten what the final result of the controversy even held. But her opinion of the issue hadn't changed.

"I can't speak to the current competition or level of high school cross country," Atrio said. "I'm in my clinic. I'm an OBGYN and I deal with women's health issues. Women are a very important part of my life. So even now, I feel like in that time, which was 20 years ago, it seemed like a very antiquated concern and seemed like one that was very distracting from the merits of the athletes.

"That's aside form the paternalistic perceptions that dissuade athletes from feeling fully empowered or fully able to compete."

Ultimately, Atrio felt as though young women should be encouraged to focus on their individual abilities and personal growth -- and not have to worry about the public's perception of their attire.