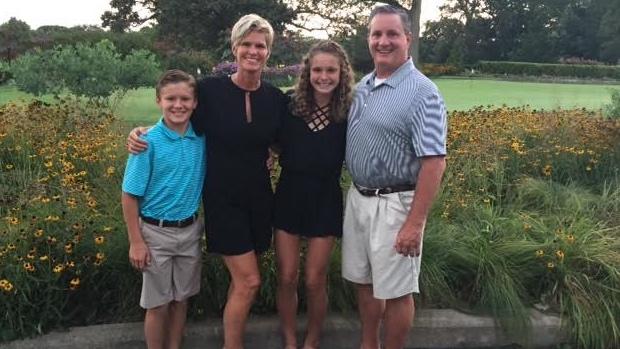 Kellee and Chris Hart are parents to two children, including Glenbard West (Illinois) High sophomore Katelynne Hart, 15, a burgeoning star in cross country and track and field who now has three state titles. She currently sports a U.S. No. 7 effort of 16:08.70 at the 3-mile distance in cross country. Their 11-year-old son, Benton, plays baseball and football. Kellee hails from New Jersey, where she was a swimmer, tennis and volleyball player, while her husband, Chris, graduated from Glenbard West, where he excelled in baseball and football, winning a state championship his senior year. Below, Kellee writes on the support system she and her husband have given to their children.

Katelynne was actually a competitive gymnast and a soccer player until the middle of junior high. She was spending 20 hours in the gym as well as playing soccer at a high level. But then she had some injuries, which kept her out of both sports for awhile.

She decided shortly after that injury that she wanted to focus solely on soccer. Both sports were becoming very demanding at that point and she felt like she might continue to get injured at gymnastics if she didn't put the necessary hours in at the gym.

But after she closed that chapter in gymnastics, Katelynne started running for her junior high cross country and track and field teams, as a way to keep in shape for soccer. Soccer was becoming extremely competitive and demanding, so she felt that a little bit of extra running would help her game.

Katelynne tends to really put her heart into things she wants to do. And we weren't really surprised when she fell in love with running. She loved the competition so much she decided to join a club track team as well. 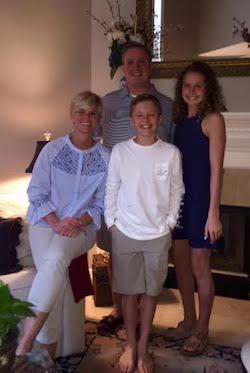 Entering high school, 'KK,' as we call her, was playing soccer at a very elite level, with travel almost every weekend out of state and with tournaments across the country many weekends.

But she was also very excited to run for her high school cross country team. After realizing the time commitment from both teams required a little more than she could chew, she realized she would not be able to give her best to both in both sports. It was a tough decision, but her love for running had grown so much over that time that she decided to hang up her cleats for spikes. :)

Katelynne still plays a little soccer when she can, but her main focus and passion is running.

As parents, we really just stand to the side and don't try to involve ourselves or provide influence. Our involvement has been to support whatever decision Katelynne has made 100 percent.

Along the way, our role was not to push or influence her in a certain direction. The sports KK have played were not sports my husband and I competed in. So I think it allowed us to stand back and enjoy her competitive spirit, passion, and talent. Her decisions have been completely her decision and we have chosen to take her lead and support her along the way.

A few things we've learned as KK has grown up playing sports: