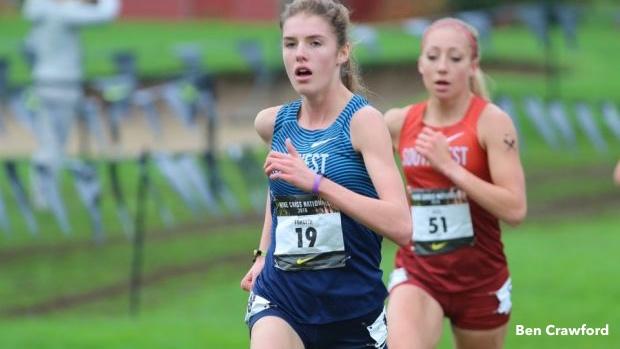 An early season 5K race on Saturday turned into an opportunity for three top girls athletes in Michigan at the Benzie Pete Moss Invitational.

And no one was willing to give up any ground.

The final result was the nation's fastest performances this season and its first sub-17 minute times from the girls field nationally. Ann Arbor Pioneer High senior Anne Forsyth, No. 8 on our preseason Flo50 girls rankings, finished first in a US No. 1 time of 16:50.30, while Hart High's' Adelyn Ackley was second in a US No. 2 effort of 16:54.50 and Traverse City Central High's Sielle Kearney was third in a US No. 3 clocking of 16:54.80.

Thirteen girls were under 19 minutes on Saturday and 37 were under 20.

The effort from Forysth was the earliest she had raced since 2015 and it marked over a minute faster than her first performance of 2016, when she ran 17:56 at the Saline Hornet Early Bird Invitational.

The same could be said for Ackley and Kearney. Ackley posted a 58-second improvement from this position a year ago and Kearney cut 27 seconds from her time in 2016.

It just goes to show how on point Forsyth, Ackley and Kearney are this early in the season.