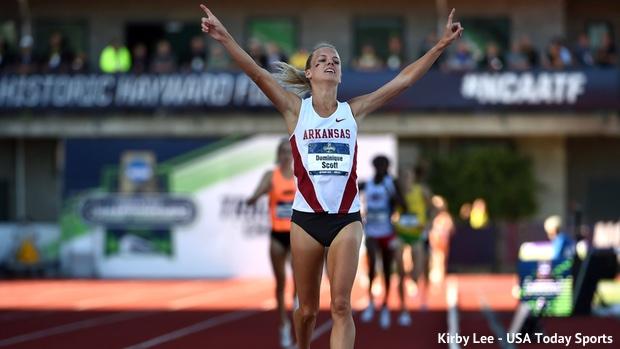 To lift or not to lift?

That's the question for many distance runners.

It's a question that has been heavily debated for decades. But mounting research seems to prove the right kind of weight training can ultimately drop times for distance runners. Jeff Richter, a strength and conditioning coach at St. Vincent Sports Performance Center, is a firm believer in strength training for distance runners. St. Vincent works with elite athletes including Olympic runners.

"It is a shame we live in a day and age where the endurance community still has many members who openly claim that strength training hurts the performance of their athletes," Richter says. "Those arguments are not based on science."

Coach Richter shared several studies that show the direct correlation between proper weight training and the improvement of running economy, more efficient oxygen consumption, strength, and power. For most of us, that is more information than we want or understand. But the bottom line -- research seems to show -- is that strength training equals lower PR's.

University of Arkansas has one of the nation's top cross country programs. Lance Harter, who coaches the women Razorbacks, is a firm believer in strength training. His team lifts weights twice a week on average. Some of his freshmen come to him already on a weight training program. Others have never seen a weight room.

"The benefits are universal," Harter says. "We see improvement in the girls in three to six weeks of strength training. Notable improvement after a season and even more each year following."

Coach Harter pointed to one of his stars, 2015 graduate and Olympian, Dominique Scott-Efurd.

Coach Khadevis Robinson is on the same band wagon. He is the head cross country coach for Ohio State University and the assistant men's distance coach for the Team USA world championship team heading to London in a few weeks. The two-time Olympian believes that weight training twice a week "helps maximize a kid's potential."

"Strength training helps with maintaining form which will allow the athlete to run more efficiently," he says.

"The biggest changes I see once an athlete starts my weight training program is body composition, stride length, and frequency and ability to maintain a faster pace for longer periods of time."

Another side benefit to weight lifting, according to Coach Richter at St. Vincent, is the reduced risk of injuries. A stronger neuromuscular system means you are less likely to get hurt.

"Not only are you strengthening the actual muscle but the ligaments and tendons as well," Robinson adds.

But before you go pulling out your dumb bells, stop! Proper supervision by a professional is a must.

"If you do something good incorrectly, it is no longer good," Richter says. "Strength training with poor technique is a disaster waiting to happen."

Coach Harter recommends checking in with your school's strength coach or health club trainer for an elementary level program focused on core strength for starters. But what about the fear of bulking up?

"I have never experienced any issues of runners 'bulking up,'" Richter says. "Quite the opposite occurs. Surprisingly to many, most runners burn more fat after strength training and get leaner."

So while you're getting in your summer training, you may want to talk to your coach about adding some weight training. If you start in the next few weeks with proper guidance, you will likely see more power on the course and faster times at the finish line right when cross country season is heating up!