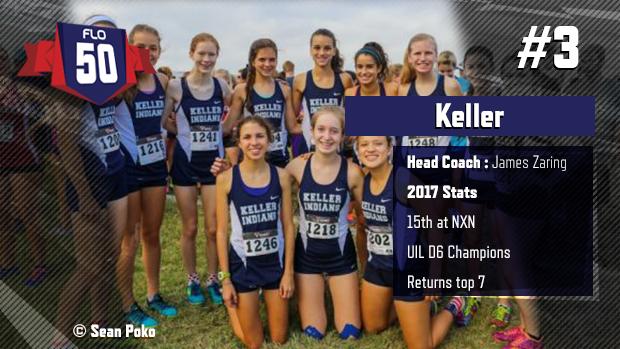 Keller (Texas) High has even bigger aspirations in 2017. The program finished 15th at NXN, second at NXN South, and won UIL Class 6A. It returns its top seven runners and also adds a valuable transfer in Cambria Clark, who comes from Smithson Valley. The team is loaded up front with Abbey Santoro, who finished third at UIL 6A a year ago. Learn more about the squad below.
Probable Top Seven:
___
Keller (Texas) High head coach James Zaring answered a few questions about his upcoming season. See his answers below.
How long have you coached at your school?
I'm starting my eighth year.
What is your meet schedule this fall?
How has your summer training gone for your team? What do you focus on during the summer months?
Training has been great. We focus on mileage, flexibility and overall fitness
Which athletes do you see as the probable top five this season?
Abbey Santoro, Julia Black, Isabel Van Camp, Cambria Clark, and Vera Thompson.
Who are your team captains or leaders and what stands out about them as examples for the rest of their teammates?
Abbey Santoro, Julia Black, Natalie Ryan, and Frances Klein. Our team voted for these young ladies based on their leadership abilities. They are examples of positive role models, both in and out of the competition arena. 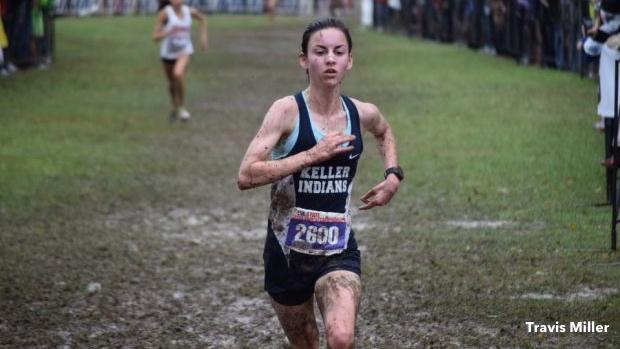 Who are some new faces who will make an impact on your team this year (i.e. freshmen, transfers, runners who have improved a lot)?
Cambria Clark -- transfer from Smithson Valley, Texas.
What are some staple workouts your team does during the season?
Mile repeats, speed ladders on hills.
What will be the biggest reason why your team is successful this season?
Unity. This group is not concerned about who is No. 1. They are the true meaning of team.
What will be the biggest obstacle or challenge facing your team this season?
The past. We worked really hard to achieve our goals last year, and trying to keep them focused will be our main obstacle.
How would you describe your team's culture?
Family. These girls hang out together, go rock climbing, go to movies together. They make the entire team -- from the fastest to the slowest -- feel like they are truly important and part of the team.
What are your top three goals for the team this fall?
___