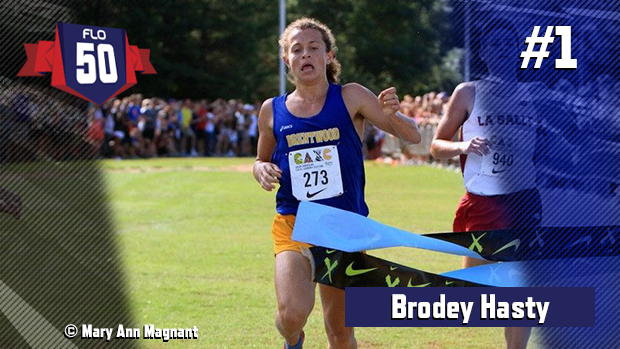 Analysis: After being ranked 10th preseason in 2016, Brodey Hasty returns ranked No. 1. Hasty was the third-place finisher at last year's NXN championship. He was the Nike Cross Nationals Southeast Regional champion and the TSSAA state cross country championships state champion. On the track he continued this success almost running sub-four (4:01.75) in the mile at the Music City Distance Carnival, which was the No. 3 junior performance in the 1-mile all-time. He also threw down a time of 8:45.95 in the 2-mile at the Brooks PR Invitational to take home the win, which was his second straight national championship after winning the New Balance Nationals Indoor title. He's only one of three runners ever in high school to run 8:45 or faster both indoors and outdoors. Hasty should be the heavy favorite this cross country season.