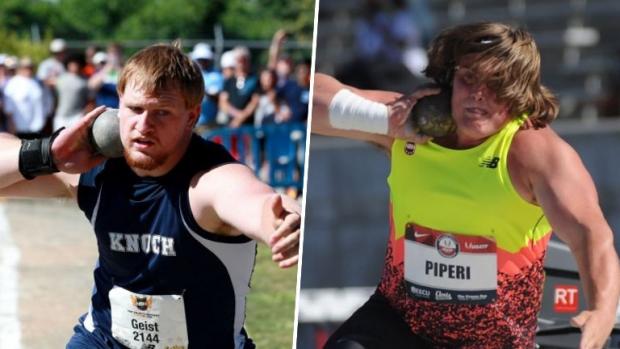 We've hit the home stretch and we're here for the final day of action at the Pan American Junior Championships in Trujillo, Peru. Follow along for updates of Sunday's action.

American Courtney Jacobsen, 19, of the University of Michigan, finishes sixth with a throw of 58.60 meters. Shot put champion Alyssa Wilson, 18, follows her Pan American Junior Championship win on Friday with a ninth-place performance with a throw of 51.53 meters.

Cuba's Adriana Rodriguez Fuentes, 18, logs a winning-performance of 6.00 meters, good for 850 points. Following in second place is American Ariel Okorie, 19, who finishes with a mark of 5.79 meters. In fourth is Tierra Crockrell, 16, with an effort of 5.57 meters.

Dominant high school performer Jordan Geist, a future University of Arizona athlete and Knoch (Pa.) High graduate, wins his first Pan American Junior Championship with a toss of 22.02 meters. This comes on the heels of a USA Juniors win (69-4.25) and a nation-leading mark at New Balance Nationals Outdoor (76-0). Geist is also a three-time champion in the shot put in Pennsylvania. In third is The Woodlands graduate and University of Texas signee Adrian Piperi, who earned a mark of 20.26 meters. Piperi, a fifth-place finisher at the 2016 IAAF World U20 Championships, earns his second straight international medal.

Canada's Lucia Stafford, 19, cruises into the finish with a 4-second win, posting a time of 4:21.70 to win. The American duo of Michelle Magnani, 19, and Madeleine Reed, 19, finished back-to-back in third and fourth, respectively. Magnani, a rising Oklahoma State sophomore, finished in 4:25.65, while the University of Arkansas' Reed crossed the line in 4:28.04. 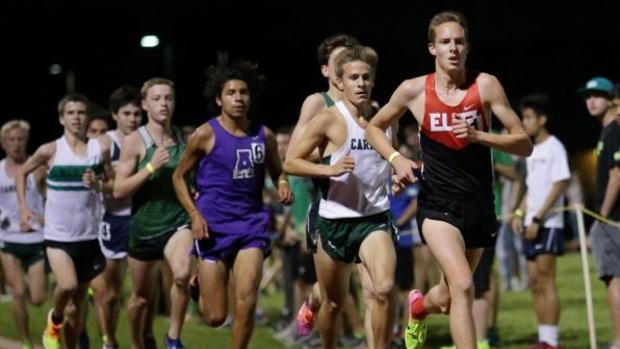 The Pan American Junior U20 record goes DOWN by the effort of American Eric Van Der Els, a University of Connecticut rising sophomore, in a finishing time of 3:43.16. Canada's Kyle Madden raced down the final 100m stretch with Van Der Els, finishing second in 3:44.19, which also went under the previous meet record of 3:45.72 last accomplished by Mike Woods in 2005. In third is recent St. Joseph Notre Dame (Ca.) High graduate and University of Oregon signee Cooper Teare, who crossed the finish in 3:46.46. That performance yet again gives Teare another nation-leading time in the 1500m. And in doing so, it's finished a remarkable season from Teare, who led the nation in three separate events, including the 3200m and 5K. Teare was also one of three others to run 4:00-flat in the mile and among five who ran 4:02 or faster on the season.

Quincy Hall, a Raytown (MO) High graduate and Sequoias College freshman, takes the Pan American Junior Championship in a meet record 49.02 seconds, surpassing the former record of 49.31 seconds held by William Wynne from 2009. It's the 29th fastest performance in the world this season and qualifies him for the World Championships in London.

Sarah Edwards, a rising Virginia Tech University sophomore, scores a win in 10:10.68, following up her USA Juniors win with a gold medal. Teammate Alexandra Harris, 18, a recent graduate of North Rockland (NY) High, was third in 10:14.76. 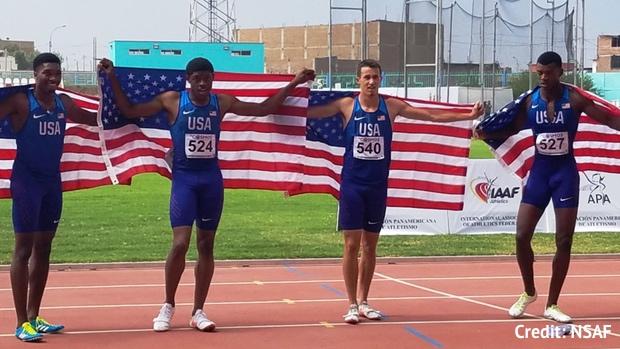 The men's 4x400 relay team of Brian Herron, Josephus Lyles, Zachary Shinnick and Sean Hooper MAKE HISTORY by breaking the World Junior Record of 3:01.09 set in 2004 with a winning-time of 3:00.33. What a capper! (See breakout on MileSplit.com)