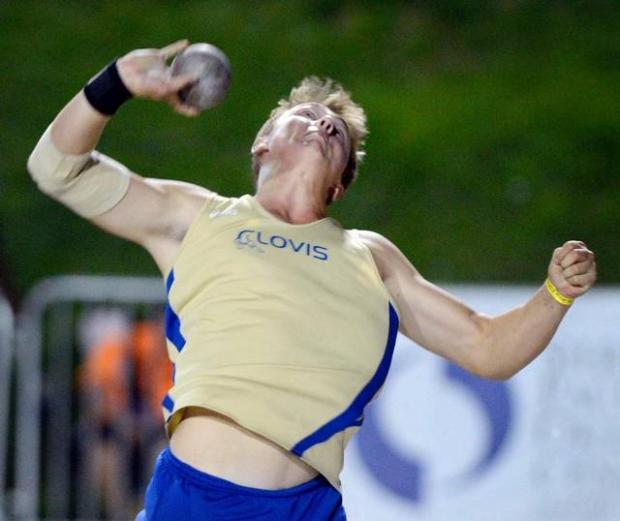 Jonah Wilson was slowly but surely making progress in the discus over his senior season.

The Clovis (Ca.) High athlete and University of Washington signee cemented his name in the record books at the Battle of the Central Section, landing a mark of 221 feet, 5 inches, which posted a new US No. 1 mark, California's all-time best throw and the 11th best throw all-time.

Wilson becomes one of five throwers all-time who have produced a mark at 221-5 or greater. He also became the first thrower in 2017 to land a mark over 220 feet.

During his junior year, Wilson (photo above courtesy of Fresno Bee and Craig Kohlruss) had a best of 188-4, which he accomplished in winning the Central Section title. He later went on to finish sixth in the event at the California Interscholastic League Championship.

This season, however, Wilson began to make huge gains. He improved his best mark to 201-0 at the Arcadia Invitational and finished in third.

The previous California record holder was Scott Moser of Huntington Beach, who held a mark of 213-11, which was set in 1997.

We will have photos from the meet uploaded later today.