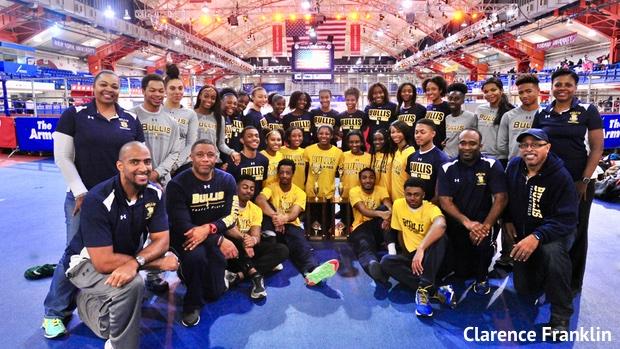 "Forget about being a bad team. There was no team," Bullis head coach Joe Lee says of his first days at the Potomac, Md. school in 2013.

Less than four years ago, Lee remembers kids eating candy and drinking soda at practice, and using the track team as an easy way to fulfill the school's two-sport credit requirement while leaving early to go home.

This year is a different story.

Lee, who worked for 16 years as a youth pastor and still speaks in the charismatic, authoritative manner of someone preaching to a rapt audience, has no patience for sloth or apathy in any aspect of life, and certainly not in track and field.

Bullis is a highly respected academic school in the affluent Maryland suburb of Potomac. The student body totals 830 from grades two through twelve, with a total of 550 potential student-athletes in the upper school. An athletic factory, Bullis is not. Since the school's founding in 1930, the Bulldogs had twice finished runners-up in the ISL Championship back in the early '90s, but hadn't come close since.

Until Lee showed up.

"I came in there and I told them we're going to win a championship," he says. "They had never won in the history of the school, but I gave them a vision of - instead of being a school that everyone laughs at, being a team that everyone admires.

"I didn't know if it would work. But it only takes a small percentage of the culture to change it."

We talked to the Bullis girls 4x200m relay after they set a Millrose Games record of 1:37.3, the second-fastest time in the nation this year.

Lee knows what a successful program looks like. He was part of the 1996 George Mason men's team that snapped the University of Arkansas' 12-year winning streak at the NCAA Indoor Championships. Lee is quick to enumerate the accomplishments of his teammates on that squad - "we had seven different Olympians" - and casts himself as an average-level athlete who had to dig deepest to make the relay pool.

"I was the guy on the team who was good in high school but just above average in college. I was ranked about U.S. No. 9 in the 400m in high school, made Junior Olympic finals every year. I was always there, never won, and I prided myself on not being the most talented but being the hardest worker.

"I just refused to quit."

Lee, who went to high school at St. Benedict's Prep in New Jersey, ran at Howard University for one year before transferring to George Mason, where he would learn about the intricacies of team dynamics and how to create a positive competitive environment.

"When I got to Mason, I realized you could take different people from different backgrounds who have different experiences in life and bring them together and create a family. At Millrose [last weekend], I saw a [teammate] I hadn't seen in 20 years and we hugged like we won the lottery. That's the kind of bond we all had. 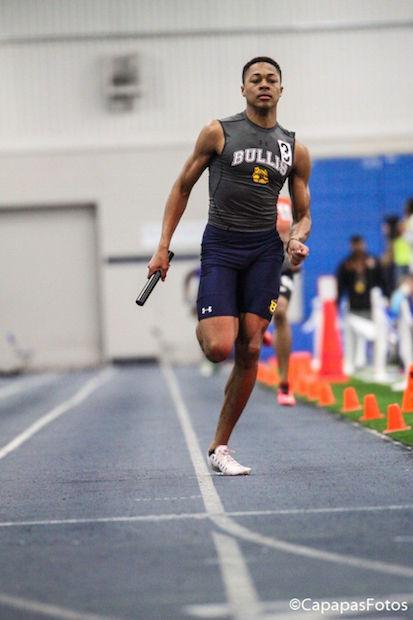 "The other thing that intrigued me about being at Mason was being on a team with multiple levels of talent. Some good, some great, some world-class, and everyone with the same vision to be the best we could be.

"At Bullis, it's very similar. We have different talent levels but there's a level playing field because there are no superstars. We're one."

Lee has difficulty pinpointing one standout athlete without gushing about several others, though Kyla Lewis is a name that comes up quickly in our conversation. A sophomore when Lee took the helm at Bullis, Lewis flourished under her new coach and would go on to earn three individual ISL Championship titles. She overcame an ACL tear to earn a scholarship to Notre Dame, where she is now a sophomore.

In 2015 and 2016, Bullis qualified for the Championship of America finals in the 4x100m and 4x400m relays, a prestigious feat given the hundreds of top-notch American teams and Jamaican powerhouses that compete at Franklin Field every year.

"I believe every school in America has talent on their campus, but it's the responsibility of the coach to find that talent, help them believe in the process and train them to where the talent comes out," Lee says.

The Allen brothers represent the roots of Bullis' success: identification as a family.

Lee is quick to deflect full credit for fostering this atmosphere. He says the team's success wouldn't be possible without four pillars: parents, coaches, student-athletes and the Bullis administration.

"A lot of people see the rankings but that's not our No. 1 goal," Lee says. "That's stuff on the outside. Our No. 1 goal is to be the closest family we can be."