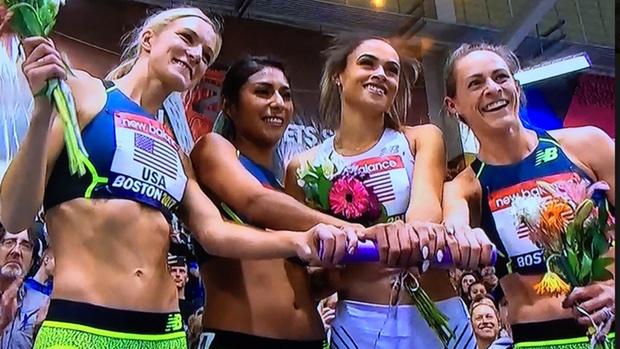 Here are the splits:

Coburn handed the baton off to McLaughlin in first place, though her 3:18 was about three seconds slower than her projected finish time. The 400m runner from Team New Balance Europe passed McLaughlin, but the national high school record holder found another gear and sped through the line in first again. That would be the only time that Team USA was not in first place. McLaughlin and Martinez's times were fast enough to put Team USA back in world record contention.

After the race, McLaughlin said, "It was amazing. I knew coming in that it was gonna be a tough race but if we all did our parts, we could get it done."

Despite committing to the University of Kentucky in November, McLaughlin revealed in a post-race interview that she is not ruling out turning pro.

Watch the post-race interview with McLaughlin: