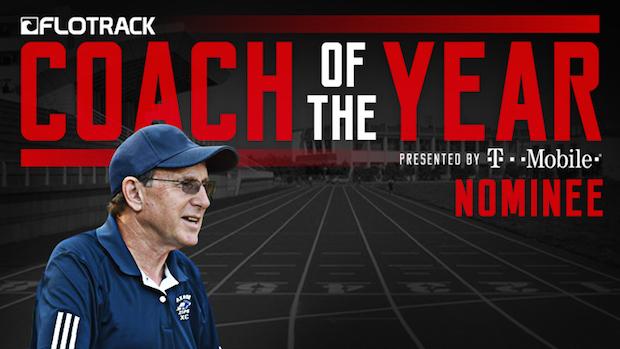 Before 2016, Lee LaBadie had a fascinating career. He was the second runner ever from Illinois and the first ever Big 10 undergrad to break 4:00 in the mile, back in 1971. And after a successful coaching career that spanned from the 1970s to the early 1990s, he didn't work as a full-time coach from 1993 to 2006--an unusual mid-career 13-year break.

However, all of that will ultimately be remembered second after what LaBadie's star athlete, Clayton Murphy, accomplished in 2016. Just three years ago, Murphy was a high school senior whose 800m PR was 1:54; he ended 2016 as already one of the greatest American middle-distance runners ever.

Here's how it went down. Murphy came into the indoor season with a 1:45 outdoor 800m PR from his fourth-place finish at the 2015 U.S. outdoor championships. He ran 1:46 indoors and won NCAAs. Then he briefly switched his outdoor focus to the 1500m, running 3:36 and capturing a dominant NCAA title in that event. Two days after the NCAA 1500m final, Murphy ran 3:36.23 in Portland, Oregon, missing the the Olympic standard by 0.03 seconds and turning pro after the race.

The bronze was the first Olympic medal by an American man in the event since 1992, three years before Murphy was born. And 1:42.93 makes Murphy, still just 21 years old, the third-fastest American ever.

LaBadie won't say he's shocked, though: "The goal at the start of this year was to win two NCAA titles, become an Olympian, and make the Olympic final. And once you make the final, you're in the ballpark, and anything can happen." How did it happen, though? According to LaBadie, "this year for Clayton was about racing head-to-head. He raced the people he was running against. When a runner says, I need to find an edge, I need to hit a time, so often, that doesn't work."

And he credits Murphy for the medal, saying "The only reason I would be nominated is that Clayton ran so well all season long. I'm just part of the team. He's the team leader."
By Dennis Young