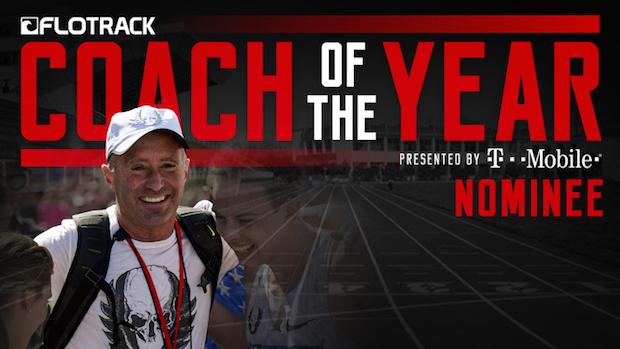 Alberto Salazar is one of the great U.S. distance coaches of our time. For Salazar and the Nike Oregon Project, the expectations aren't just for their runners to make teams, but to also win world medals. Despite consistently facing such challenging goals, Salazar had one of the best years of his career in 2016.

Galen Rupp couldn't have had a better start to his marathon career, highlighted by his debut win at the Olympic Trials marathon and capped off with an Olympic bronze medal to end his season. Matthew Centrowitz went 2 for 2 at the world stage, winning gold in the 1500m at World Indoors and the Olympics. Shannon Rowbury fell short of an Olympic medal but still earned a world indoor bronze in the 3K, set the American record in the 5K, and ran sub-2:00/sub-4:00 in the 800/1500. Outside of Salazar's big three, Eric Jenkins continued to excel on the track, finishing fourth in the Olympic Trials 5K, and looks to be on course for a strong push to make his first U.S. team in 2017.

Salazar credited those successes to the NOP's infrastructure and lesser-known assistants, telling FloTrack that, "Whatever success our Nike Oregon Project athletes have had is due to the tremendous team that we've built to support our athletes, including coach Pete Julian, sports psychologist Darren Treasure, strength coach Dave McHenry, and therapist Gavril Muscalu."
For the past decade, FloTrack has traveled the planet covering our sport and seen up close what a struggle it can be to compete at the highest level. Unlike in much of the rest of the world, it's tough for American runners to find a coach who can devote enough time. Most professional coaches here either really work as college coaches or are sponsored by a single shoe company. To support the great work our professional coaches do, we're announcing the FloTrack American Distance Coach of the Year, presented by T-Mobile. Later this month, one coach will win $10,000 for his or her work with American distance runners in 2016.
By Gordon Mack