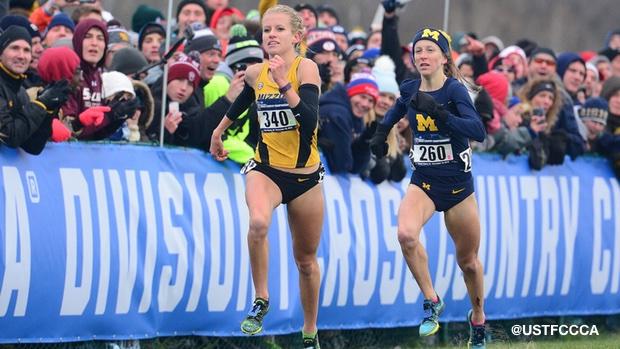 Karissa Schweizer of the University of Missouri won the NCAA DI Cross Country Championship this morning with a shocking final straightaway sprint over Erin Finn of Michigan and Anna Rohrer of Notre Dame.

Entering the event, Schweizer ranked No. 5 on the FloTrack Saucony Flo50 behind Finn, New Mexico's Alice Wright, Rohrer, and Amy-Eloise Neale of Washington.

Schweizer, meanwhile, was a consistent all-state runner for Dowling Catholic High School in Iowa and captured one state title in the 3K in 2011, but her only appearance at a national event was a 47th-place finish at Nike Cross Nationals in 2013.

Now - Schweizer is a national champion.