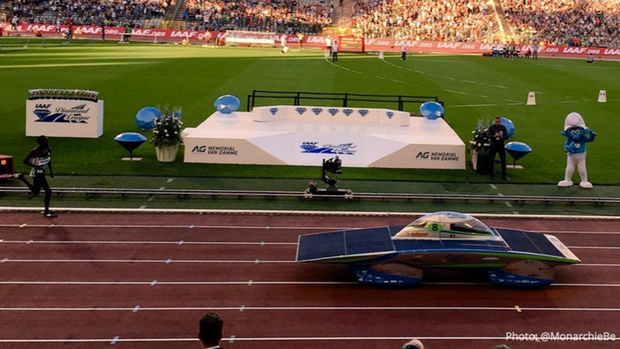 By Gordon Mack for FloTrack

The two battled it out over 600m in a man vs. machine showdown. Kipkoech owns a 1:15 PR in the 600m, but the car can reach top speeds of up to 68 mph according to the manufacturer, Punch Powertrain Solar Beam.


Although this might seem like a clear mismatch, the solar-powered car is designed for ultra-long distances (specifically, the World Solar Challenge, a nearly 2,000-mile race) and it can't hit top speed right out of the gate.