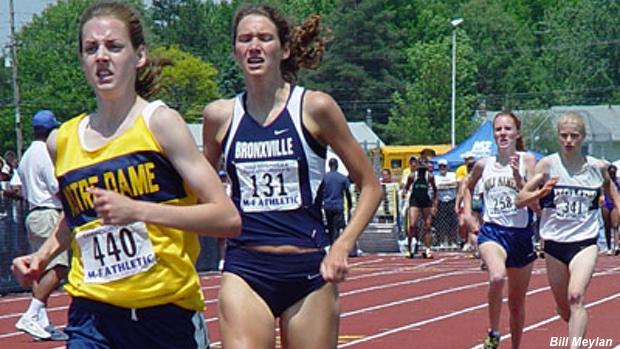 Molly Huddle broke the 10K American record this morning by running 30:13.17 for sixth place at the Olympic Games. The prior record was 30:22.22, set by Shalane Flanagan and earned her a bronze medal at the 2008 Olympic Games. Read more about Huddle's record here, and the world record by gold medalist Almaz Ayana of Ethiopia here.

But how did she get there?

As a Flashback Friday, we decided to take a look at how this star fared in high school, with some help form our friend Bill Meylan at TullyRunners.com. Check out his 2012 flashback article here for more facts on Huddle's high school career. 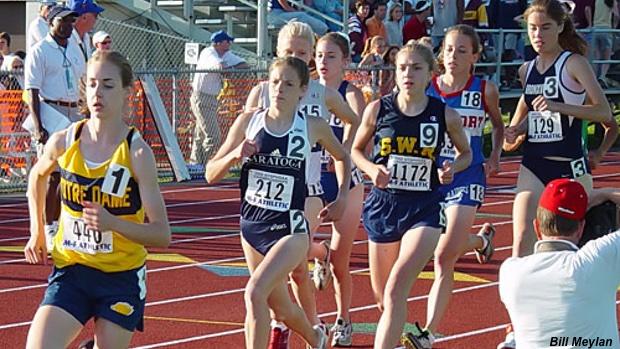 Her school, Elmira Notre Dame, did not have a cross country team but the administration allowed her to compete as a team of one for her senior year.

Huddle won every cross country race she entered and set 12 course records, including a 17:04.4 at McQuad. She won the New York State Championship Class D title and the New York Federation title.

Her eye was then on post-season competition. At Foot Locker Northeast, she placed runner-up to Natasha Roetter of Mass., 17:59.3 to 17:48.4.

In San Diego for Foot Locker Nationals, Amber Trotter of Calif. dominated the field to win by 40 seconds in 16:24.07. That performance is considered to be one of the most impressive runs ever for a high school girl.

Not bad for her first cross country season!

Watch the video of the 2001 Foot Locker Nationals below:

When Huddle returned to adidas Outdoor Nationals, she was a different athlete with her first full year of training under her belt.