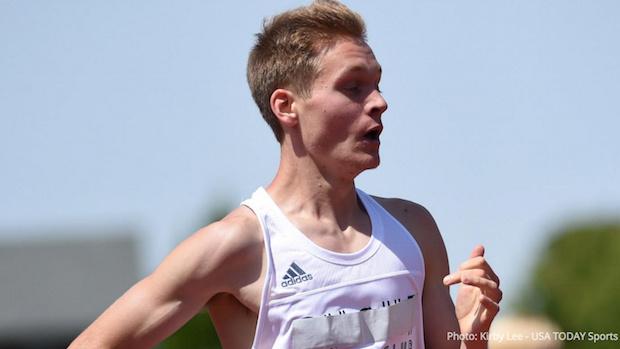 The best high school miler since Alan Webb is going pro a year earlier in his career than Webb did. Drew Hunter, a recently graduated high school senior from Loudoun Valley, Virginia, is turning professional. He signed with adidas and Flynn Running today.

This indoor season, Hunter ran 3:58 to break Webb's indoor high school national record, and 7:59 in the 3K to break Edward Cheserek's national record. (He later lowered his indoor mile to 3:57.81) Hunter was set to be Cheserek's teammate at the University of Oregon this fall.

Webb turned pro after his freshman year at Michigan. Galen Rupp briefly turned professional out of high school, but returned his prize winnings and travel stipends after Vin Lananna and Alberto Salazar reached an arrangement for Salazar to coach Rupp in college.

When asked about Hunter's coaching situation, his new agent Ray Flynn said that "there is currently no plan to make any changes."
Watch Hunter's thrilling kick in the Penn Relays DMR:

And his epic loss to Brandon McGorty in the Dogwood 800:

And listen to him after breaking Webb's indoor mile record: