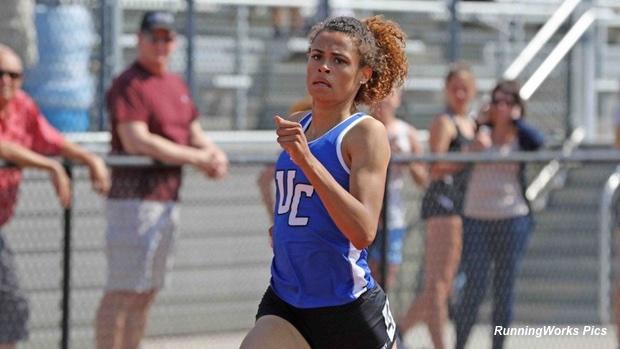 Sydney McLaughlin rolled to another show-stopping double at the New Jersey Meet of Champions on Wednesday, June 8, as she set two new meet records in the 400m at 51.87 and 400m hurdles at 56.23.

Both marks are the fastest times in the country this year.

McLaughlin is the second girl in Meet of Champions history to win three straight 400m hurdles titles behind Plainfield's Andrea Johnson, who accomplished the feat from 1981-83.

The IAAF World Youth champion for 400m hurdles and national high school indoor record holder for 400m could potentially compete in both events at the U.S. Olympic Trials, as she has run under the qualifying standards of 52.20 and 56.95.

Check out the twitter videos below to catch the Olympic hopeful in action:

Sydney McLaughlin opens up the meet with her third straight MOCs victory! 56.23 meet record US#1 in the 400H. pic.twitter.com/g1cpKrTbGs

Full results and coverage from New Jersey Meet of Champions