Do you have what it takes to race Gabrielle Jennings for a spot to the Brooks PR Invitational? Register for Flo Golden South here for the chance to book a trip to Seattle by winning the 100m, 400m, 800m or Mile!

Watch Flo Golden South LIVE on MileSplit.com on May 28! 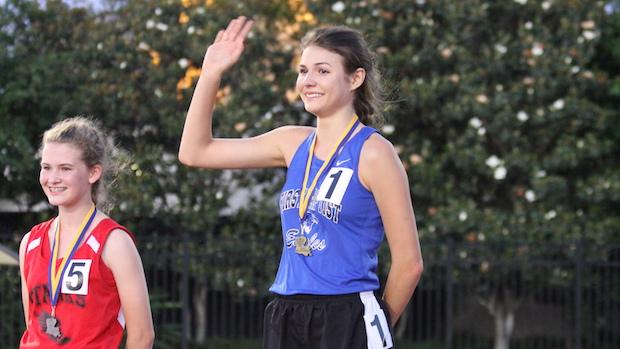 Gabrielle Jennings won her first state title at 10 years old while in the fifth grade. Now 18, the recent First Baptist Christian School graduate owns 44 Louisiana state titles--a total that makes her the most decorated prep athlete in state history and likely one of the nation's most successful distance runners ever. Next up for the Furman commit is the Flo Golden South Invitational on May 28 in Clermont, Florida, where she will race the mile with hopes of snagging a golden ticket to Brooks PR in Seattle on June 18. Jojo talked to the future steeplechaser about her state titles, her most challenging moments in the sport and more.

How would you describe the day of your final state meet?

The last state meet was tough. I told myself that morning, 'Run with your legs, not your heart.' That was my motto throughout the day--don't get emotional about it. I'm an ugly crier, honestly.

My last event was the 3200m, and right before we got on the starting line, one of the officials said, 'It was really nice to watch you grow,' and, 'You're really something special. I can't wait to see what you do in the future. This is something you'll be able to tell your grandkids about.'

That's when it hit me. I was like, 'Oh my gosh, I'm gonna cry.' They announced my name over the loudspeaker right before the gun, and I realized that's the last time it would happen, and I just cried on the start line.

On the last lap, they were naming all my titles and it was kind of crazy--all my hard work that I've put into my sport was read out loud during my final high school lap ever--and when I finished, I cried again.

What's next for you?

I'll be traveling a lot, going to the Flo Golden South in Florida and maybe the Music City Distance Carnival in Nashville. Depending on how I do at Golden South, I'm looking at New Balance Nationals or Brooks PR. [Editor's Note: The winner of the Mile at Flo Golden South qualifies for Brooks PR].

What's your goal for the race?

I'd really like to break 4:50. I've been on the brink. I closed last season with a 4:52.5 for the mile, which is about 4:50.8 for the 1600m conversion. I'm not looking for placement. It'd be nice to win, but I'm really looking for time. Sub-4:50 has been my goal since sophomore year, and I didn't realize how realistic it was until Music City, where I ran my PR last year.

Watch Gabrielle Jennings' PR mile race at the Music City Distance Carnival in the video below:

This will be your third year competing at Golden South. What brings you back every year?

The location is definitely the highlight. This year, we're turning the trip into a vacation and going to the lake and a couple days in Disney and Universal afterward. There's also a lot of really good competition--people come from across the country, and it's one of the last qualifier meets for adidas or Brooks PR.

How would it feel to qualify for Brooks PR?

One of my future Furman teammates, Emma Grace Hurley, already qualified for Brooks, so it'd be cool if I could go. She's had a kick-butt season and has led the nation in her events; I can't wait to train with her next year.

Congratulations on signing with Furman! What other schools were you considering and how did you make your decision?

I was really only considering Furman and Arkansas. Midway through junior year, I thought Arkansas the school for me. I was determined to sign there because athletics were so big and the athletes were treated like gods, but then I realized it was too big and I wanted something smaller.

Greensville, South Carolina, has such a welcoming, community feel to it. Furman is really small, and I come from a small school, so it's nice to have a one-on-one feel with your teachers. I love how the coaches have a scientific approach to running because I've had a lot of injuries and like to learn about the details of what we're doing. 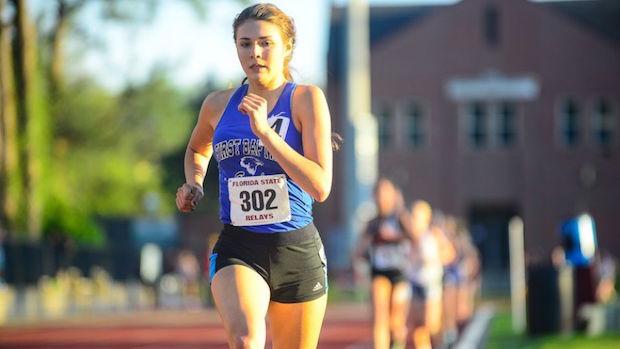 What's the most challenging injury you've had to work through?

It's a tie between my back and my hip. Last summer, I sprained two or three vertebral discs, so I had to get adjusted twice a week for several weeks, and get tons of X-rays, MRIs, physical therapy.

Back in eighth and ninth grade, I had a really bad hip problem. At the Mobile Meet of Champions, I was stretching and bent down and one of my tendons popped. We're still not sure what happened, but I went to Mackie Shilstone [Editor's Note: Shilstone is a New Orleans-based sports performance manager whose high-profile clients include Serena Williams]. They said I had a really bad muscle ratio with my glutes and hamstrings.

I had to do a lot of physical therapy. I couldn't finish workouts, and I gained a lot of weight because I was going through puberty. It lasted for about a year. I wasn't really motivated, I just went through the motions to make sure eventually I could run again. I was gaining a lot of weight and it was visible and I honestly hated my body.

A lot of young stars fade after going through issues that you described. How were you able to not only come back, but keep improving to where you are now?

I knew if I wanted to be the best, I had to endure it. I wasn't sure when my hip would be healed or the weight gain would stop. It took a couple years, and I'm back from it and it feels great. I think a lot of the success I had during that time was due to my dad. He was always there to remind me of what I could be and what I needed to do to be the best. 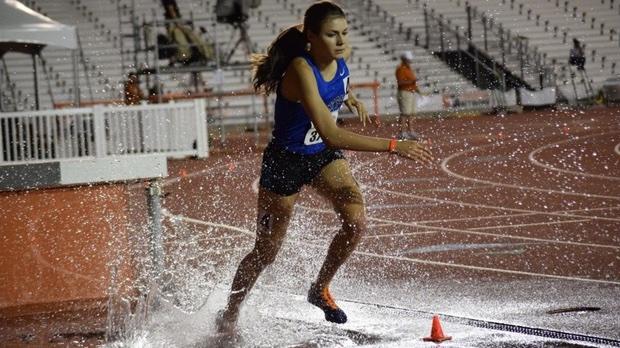 You said if you don't go to Brooks PR, you'll run the steeplechase at New Balance Nationals. How did you get interested in this event?

I was told by a lot of coaches that I would be good at it because of my build. When I ran 7:12 at Texas Relays, it was the second-fastest time in the nation at the time. That was the second time I ever did a water jump. I think I could break seven minutes because I didn't know what I was doing last time.

Furman is a steepling school. Coach Gary [is a two-time Olympian in the 3K steeple and] likes to try everyone in the steeplechase, so I figured I'd get a headstart. I wasn't running as fast as I could have because it felt so new to me, but I'm excited to push it if I run at New Balance.

Do you have what it takes to race Gabrielle Jennings for a spot to the Brooks PR Invitational? Register for Flo Golden South here for the chance to book a trip to Seattle by winning the 100m, 400m, 800m or Mile!

Watch Flo Golden South LIVE on MileSplit.com on May 28!